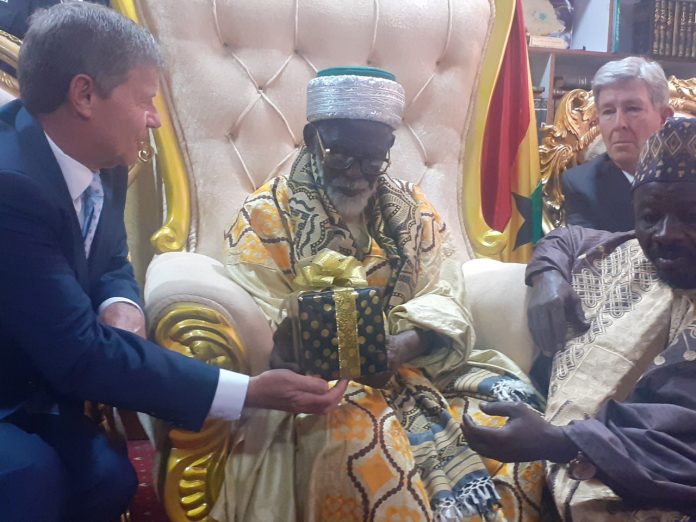 According to him, since peace enhances national integration and intellectual capacity development, it is our collective responsibility as peace loving people to make sure we are able to bring same in the country and every part of the world in general.

He further charged religious leaders to make sure they are the beacon of peace and unity so that they would not allow religious differences between them and any other persons that could jeopardise the security and tranquility of Ghana and her neighbouring countries as a whole.

He underscored the need for other countries to study the peaceful relationship that exists between the Islamic community and the christian believers in Ghana where it is practically becoming husband and wife relationship because their is always religious tolerance amongst various faiths in the country despite having different kinds of beliefs, norms, traditions and practices but such things do not divide us into an utter tatters but rather, it unites and binds us together as one family with no religion claiming to be better than the other which could be a recipe for chaos and disaster.

The level of peace being enjoyed in Ghana, is being envied by certain European countries because they are wondering how come christian believers and Islamic worshippers are being able to live harmoniously in Ghana without seeing any unfortunate events heralding from their beliefs and practices unlike the other parts of the world where it is prevalent to hear and see such calamitous spectacle coming from such religious leaders and practitioners but in Ghana, Christian believers are marrying Islamic faiths and vice versa to promote interfaith religiosity and tolerance.

Ghana is not like the other countries such as a typical Nigeria where people with different religious faiths and beliefs could rise up against one another and inflict machete wounds on other people because of religious differences but in Ghana, it is not so simply being the reason that, we believe one another and thus, we promote and enhance inter faith marriages and relationships which at the end of the day brings us sanity and orderliness in our country where Muslims and Christian counterparts even live happily and joyfully in the same house as neighbours.