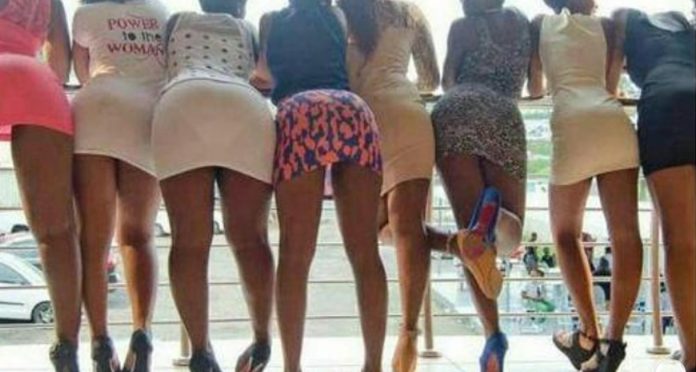 A renowned music director in Nigeria, has sparked controversies over the work of commercial sex workers and those who claim to be serving the Almighty God with their genuine hearts.

The music director said, there are some people who think that if you are loitering around as a woman while prospecting sex from men in an exchange of financial aid, you can not get a good husband to marry.

According to him, such people are always in the house of God praying fervently but yet still, there is no remarkable change on their lifestyle simply because, they lack wisdom and real character which could shape them up when they talk of who they are worshipping. Soso Soberekon, a very popular music director in Nigeria, is the one who is alleging of that demeaning claim against the religious people in the field of religion.

He further stated that, always praying to God while you know from your heart that you do not have a clean heart but still some people ahead to be pretending that it is the Supreme God they are bowing down and therefore they despise those that they think are not religious enough to hear from God.

In his personal view, you may see a harlot and quickly conclude that she is a sinner but she is purified in her heart despite the notion people are having against them that they are not pure. He continued to put it that, when you go to churches today, many people are there calling themselves prayer warrior members and they are single even though they are old enough to get married but due to their immoral behaviours, they remain singles but a sex worker with good morals will be married ceremoniously leaving behind such self esteemed individuals who are parading themselves as Christians.

Would there be any genuineness in the case of that music director who had been in the music industry for ages now? Does his view change any lingering in the minds of those religious people and how they supposed to living their lives in the world to reflect the real identity of their Object of worship? It tells you also the kind of songs that he is presiding over as the music director in Nigeria.

Many have questioned him why he should compare street hookers with those in the house of God in terms of character formation and decency regarding marriages. Telling the world that prostitutes with good character will marry first before Christians with bad attitudes do, what are you trying to insinuate? Bear it in mind that the impression some people are going to deduce from your irreligious and blasphemous remarks against the Christian youth as a whole, it is a clear indictment on the Christian faith as well.

But responsible religious leaders will remain silent on this dross thoughts you have expressed into the public domain with the conclusion that, you are only there to do the bidding of such prostitutes who will only continue with their detestable activities. He should have urged rather those who engaged in such conducts to desist from it and repent but he deliberately chose the path of the devil to market his dirty and ugly business that he uses to entice ignorant people who know little or nothing from the inspired scriptures of God.