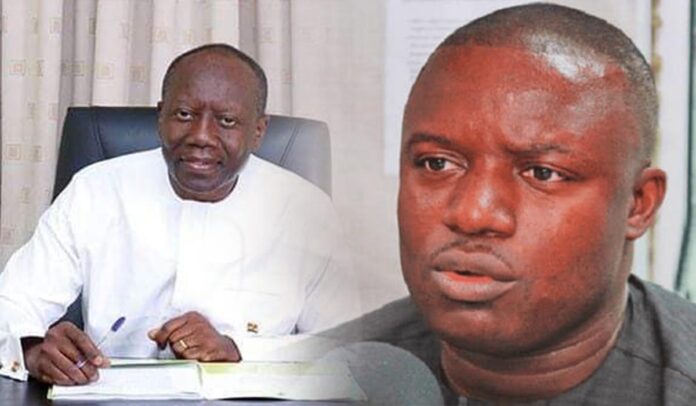 The member of parliament on the ticket of the main opposition party, The National Democratic Congress, the NDC, Hon. John Abdulai Jinapor has berated the minister for finance and economic planning below the belt for thinking that, managing an economy of a classic country like Ghana, it is the same as quoting scriptures from the Holy Book of Christians, The Holy Bible.

According to Hon. Jinapor, Hon. Ken Ofori Atta has mismatched and mismanaged the country’s economic fundamentals beyond description thereby resorting to compulsory passing of the e-levy he Ken Ofori Atta brought before parliament for some few months ago.

The honourable legislature, has stated that if the finance minister is thinking that the only way available for his finance team to revive the ailing economy of Ghana is for the e-levy bill to be passed into law, then they should quickly delete it at the back of their minds by thinking outside the box.

The honourable put it that, those of them at the minority side of parliament, are not in any way in consonant with the bill he brought up to the house for an approval. Hon. Jinapor said, “The masses of this country Ghana are suffering on daily basis and yet still, you wanted to worsen their burdens more, we will not buy such an orthodox mentality”.

Kindly withdraw the bill from parliament and have peace of mind because, we will not allow you whereby Ghanaians would be paying more under your embarrassing leadership.