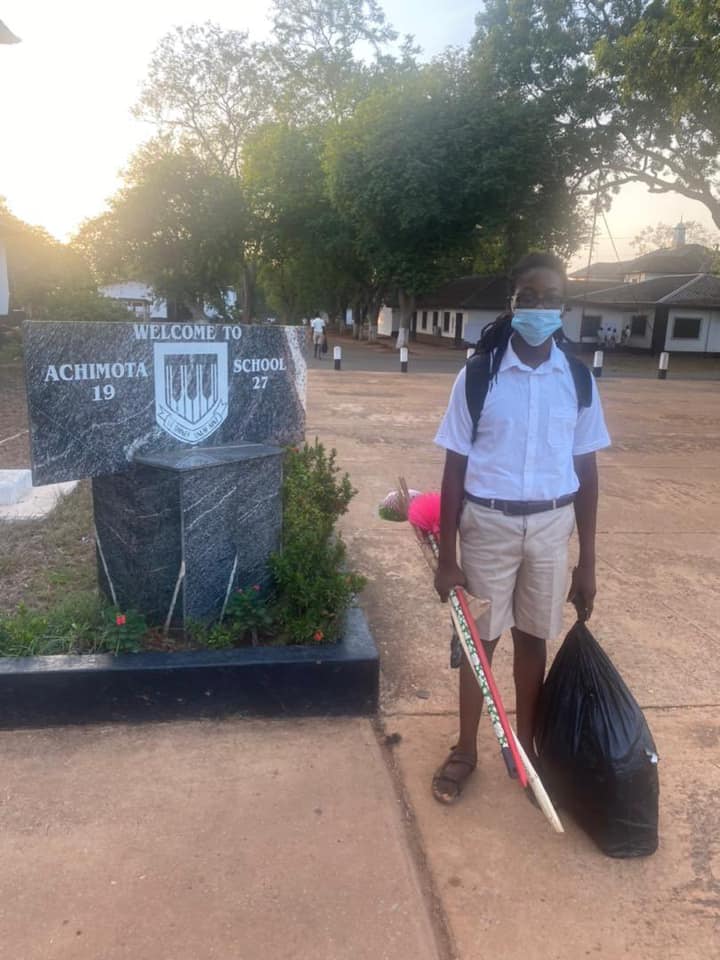 One of the two dreadlocked boys denied admission into Achimota School, Oheneba Nkrabea, has finally been admitted into the institution on Thursday, June 3, 2021.

It follows an Accra High Court ruling that ordered the management of the school to allow the students to enroll.

Citi News‘ visit to the school on Thursday, June 3, 2021, confirmed that the student has reported to the school and completed the admission process.

The parents of the boy arrived at the school early this morning and submitted the completed admission forms to the school authorities.

Oheneba has begun academic work as he has been assigned a class.

“The process was wonderful. The school was receptive to him. The teachers and other staff members were very positive, and so he is in class right now. I appreciate that very much”, Oheneba’s father, Raswad Nkrabea said.

Mother of Oheneba Nkrabea, Maanaa Myers said she is happy with the welcome her son received today.

“We passed by some dormitories where the students were screaming and hailing us. It was assuring because we were a bit apprehensive. Even the students are in support of him. The school chaplain approached us and ask that we go to the administration. There, the day students’ girls prefect also approached us. That was when everything changed, she came in warm, introduced herself, and told Oheneba he was going to be her school son and make sure he is comfortable on campus.”

“I just got relieved and felt comfortable that he was safe because we also meet a teacher who has been protective of him since the first day because we met him today who ushered him into the classroom. So far I feel okay with the warm reception we received today.”, the mother expressed.

The student’s admission is however pending the decision by the school’s Governing Board to appeal the judgment of the High Court.

Meanwhile, the other rastafarian boy, Tyrone Marhguy, is yet to go through the admission process.

According to Citi News‘ Nii Armah Armah who has been following the story, Tyrone Marhguy will go through the admission process tomorrow.

School backs down
Achimota School backed down on a decision to freeze the court order to admit the two Rastafarian boys.

The school’s board in a statement on Wednesday, June 2, 2021, said it is however committed to an appeal against the ruling of the High Court.

It said the decision comes after consultations with two stakeholders on the way forward.