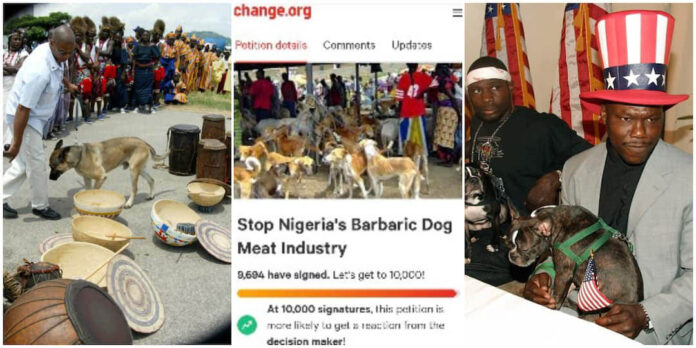 Nigerians have reacted to an ongoing petition that seeks to put an outright ban on the consumption of dog meat in the country.

The petition as of the time of making this report has been signed by more than 9000 persons all over the world.

The petitioner amongst other things is seeking the federal government to implement existing laws against animal cruelty and maltreatment PAY ATTENTION: Legit.ng is on a mission to support vulnerable children of Calabar – join the initiative on Patreon, let’s change more lives together!

A petition to ban the consumption of dog meats in Nigeria has already garnered over 9000 signatures from all over the world. The petition which was initiated by Natasha Choolun and directed to the Nigerian government was seen on the popular petition website known as Change.org.