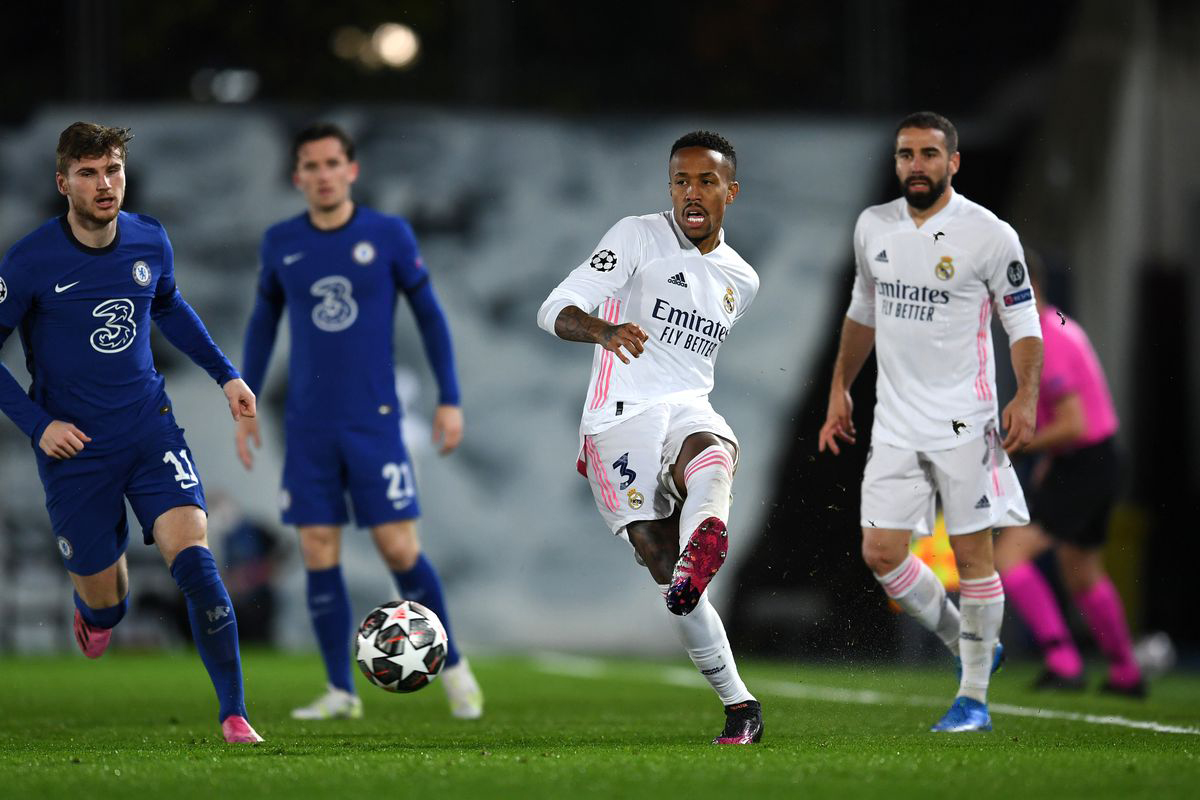 Don’t mix sport and politics, they say, but sport and politics do mix. Just ask Real Madrid, who spent the past few days fearing that when they boarded a plane at Barajas bound for London on Tuesday they would be yet another man down. This time it was not injury nor suspension; instead the vice-captain, Marcelo, had been chosen for polling station duties in regional elections, a substitute obliged to be on call from 8am, his responsibility to help ensure democracy is upheld.

Zinedine Zidane had insisted Marcelo would get there one way or the other, even if it cost €19,935 – €20,000 for the private plane carrying the left-back minus the €65 due if he stepped into electoral service – but in the end the contingency plan wasn’t necessary. Marcelo arrived at the polling station to find everyone else had turned up and a second sub there too, an older woman willing to take his place, allowing him to rush to Barajas and join the team. It has not always been the case this season but Madrid may need him, just as they did a week ago in the first leg when he made his second Champions League start, a man finding much of the match too fast.

Marcelo was another problem overcome in a season packed with them. Raphaël Varane had to go off last weekend and was missing, out for the next two weeks. Dani Carvajal will not play again this season.

Sergio Ramos, Ferland Mendy and Fede Valverde are back, although whether match sharp is another question. Valverde has not trained with the team for 12 days after a positive coronavirus test. Ramos has not played a full game since January and hasn’t appeared for 50 days, having returned for an hour against Atalanta and then had to sit out again. Eden Hazard is ready at last and will start at Stamford Bridge, two years after departing.

“It’s been a strange season,” Zidane said, one in which even he has been absent, isolated with Covid.

Varane’s injury was Madrid’s 55th of the season. After the clásico, Zidane warned that his team were “at the limit physically”. Toni Kroos and Luka Modric were rested last weekend: both have played more than 3,000 minutes, Casemiro’s indestructibility ever more important. Squads have been populated by kids and still travelled light. The manager who didn’t give a youth-team player a debut last season has used six this time. Four men have played at right-back; by Wednesday night that will probably be five.

“It’s easy to talk from the outside but on the inside it’s not so easy,” Zidane said last weekend. “But then it’s my job to manage this. And we have had lots of difficulties in the sense that we have had a lot of injuries. And, well, whose fault is that? The doctor? The physios? The coach? The player? Well, pfff, there’s no need to look [for someone to blame]. It’s been a year that’s been” – there was a pause and then Zidane snorted like a horse, blowing out his cheeks – “very strange.”

Zidane insisted: “It is not easy to do what we have done. Lots of things have happened to us and here we are.”

Where they are was unimaginable for much of the season. With five games left – six, Zidane says – Real Madrid are in the Champions League semi-final and in the tightest La Liga race for 30 years, two points off top. Somehow, they could win a double. It may appear an odd word to describe the biggest, most successful club in history, a team that cost more than €300m, but they are survivors. To use another word Zidane likes, they have suffered; and yet it often seems that’s the way they like it. They’re still standing, but that’s what they do.

It is what Zidane does best. As the sports daily AS put it, “danger is something that passes by Zidane: close, very close, but without even scratching his skin. He has a unique immortality in football”. There is something about Madrid, seemingly at their best when at their worst, responding when it really matters, opportunity found in obligation, seen as they stare into the abyss. If Zidane has a habit of calling even the most mundane matches “finals”, maybe that’s because he knows that’s when his team respond.

The team that failed to beat Alcoyano, Levante, Shakhtar Donetsk, Alavés, Cádiz, Elche and Osasuna, that drew 0-0 with Betis and Getafe in the past fortnight, have beaten Sevilla, Liverpool and Atlético. They have defeated Internazionale and Barcelona twice. The club on the verge of going out of the Champions League in the group stage for the first time, that seemed to be out of the title race by Christmas, could win both. The manager who has seen the axe hover over him – and he knows it was not just the media talking – may do it again.

Their reliance on Karim Benzema is extreme, they do not score enough, and yet somehow they find a way: someone always turns up. Against Atlético, the derby billed as the match that would end it domestically should they be defeated, they got an 88th-minute equaliser. Six days earlier, they had got an 89th-minute equaliser against Real Sociedad. Six days later, they came from a goal down to beat Elche with a 91st-minute winner.

They lost against Shakhtar 3-2, having been 3-0 down, a last-minute equaliser ruled out; on the next match day they were 2-0 down at Borussia Mönchengladbach, scoring in the 87thand 93rd minutes to rescue a draw. As the second half progressed against Inter at Valdebebas, they were being overrun when Rodrygo broke and scored an 81st-minute winner. At Atalanta, a man up, it took until the 86th minute for Mendy to score. The move had been planned, Zidane admitted, but not like that: Mendy wasn’t the man supposed to shoot.

There is a reason why Ramos’s goal in the 2014 final seems to embody them as much as any other moment in their wildly successful history, a fetishisation of the epic. There is something relentless about them, some remarkable capacity to resist and survive no matter what.

The Chelsea game was another example. For 45 minutes, they were torn into, manifestly inferior, desperately hanging on and yet they emerged in one piece. “When you play Real Madrid in a semi-final every chance you get you have to take,” César Azpilicueta said, and he knew. “Now we have another battle in London.”

An opportunity had been lost, a second chance conceded. The result was not brilliant for Madrid but everyone in Spain agreed it was the best thing about it and this wasn’t over. “We’re alive,” Zidane said. He has tired of the idea that he has a “flower”; that this is luck. “Yeah, I’m lucky to be coaching this team,” he likes to say.

When it was put to Zidane that what Madrid have achieved this season with everything that has happened might be a miracle, it was meant as a eulogy, but his response was sharp. “No way,” he said. “This is no miracle; there are a lot of people who work very hard here. We’re still here, in the fight and it’s not easy what we’re doing, eh. I won’t say we’re going to win it [all], but it can be done. And we will do everything, everything we can. I can guarantee you that.”