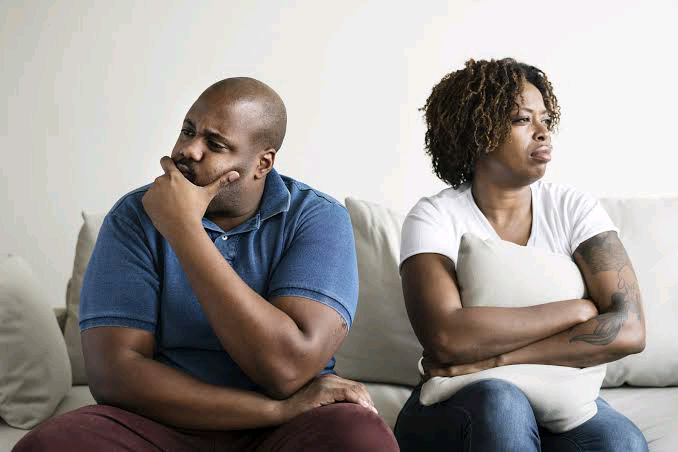 It has been revealed that over 80% of women in African subregions are not reliable with their sexual partners because they are all in an amorous relationship for the gain of their interest only and not any else either.

The report has baffled certain individual women who are responsible and religious and such ladies are just coming into your life to transform you and better improve your conditions for a healthy lifestyle and total health and not what you are having because they are capable of managing the home without your financial support.

According to the report which seeks to create the impression as as our African women are not decent or faithful, blames our ladies on the African continent that, over a whopping number of them are chasing men because of their stomachs and parochial interest and not for the benefit of the men on the ground that, such women are in certain relationships not because they love their men but because they are living with those men with the sense that they want to satisfy their bellies and not in the name of love or affection.

From the reading of the report, it creates the impression as though the women elsewhere apart from the African continent, are the only ones who are dependable and trustworthy because they are living with their men in their various families due to the mutual concerns of both but on the African soil, women will only come into your life if their need your money and not anything like love and mutual respect.

Some men who went through turbulent moments in the hands of certain individual women who they think categorically fall within this damning and denigrating report indicting our African women, have embraced such an unsubstantiated claim though it is believed that some women exist exactly the way the report suggests but it must not be limited to the African women alone or is it because they are the black people? The report further stressed that if such women were to be married in the name of love, it is just a few of them that do qualify for those relationships and not on the ground that they are loving you genuinely but rather they are loving your money because the moment your money finishes, they are going to divorce you big time and that is one of the reasons why separations and divorces are rearing their ugly heads without thinking of the ramifications such tendency would bring to the individuals involved in their wicked actions.

Though many noble and virtuous women have rejected the report trying to defame their level of religiosity and decency when it comes to reliability and loyalty, describing it as a bunch of savages because it seems as though the women on the African continent are not decent enough to be married rather those elsewhere apart from the ones on the African soil.

According to some eyewitnesses of the certain crop of people who are also ladies in Ghana, they are in support of some aspects of the report that such women are in the system but it does not necessarily mean it is entirely accurate that it should be narrowed down to everyone who is a woman to claim that over 80% of women on the African continent are fake and opportunists because they do not love unconditionally but rather conditionally and that is if you are rich, then you will see them hanging around you but the moment they are not forth getting what they desire from you when it comes to money, then they are out of your life bringing down the relationships into utter tatters where others are even likely to ridicule and mock you because your relationship has broken down.