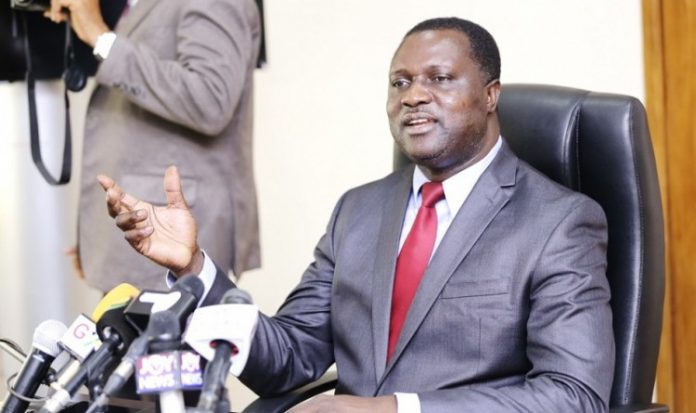 The minister of education in Ghana, Hon. Yaw Adu Twum, has underscored the need to maintain the ongoing Free Senior High Programme that is being managed across the breadth and length of the country to help the less privileged to have access to quality and free education for their betterment.

He stated that, he does not disagree with those who are calling for a possible review of the programme but he believes, reviewing the initiative at its present implementation stage, it is going to defeat its intended purpose simply being the case that, there are countless people who are benefitting from the policy at the moment and if reviewed at this present juncture, it will kick out some vulnerable individuals who are schooling due to the initiative brought out by the government of the New Patriotic Party and it is going on well in many parts of the country despite any challenge or challenges that the programme is likely to encounter but that would not restrict government from providing quality but Free Senior High education to the good of Ghana by ways of lifting them up from the state of illiteracy to literacy which will transform the fate of the country as a whole in the near foreseeable future for easy growth of development by keeping cool and calm with unexpected events that are likely to transpire in future.

Ghanaians have been complaining bitterly about the ongoing implementation of the free senior high school education in the country on the accounts of reported challenges faced by the students where sanitary facilities in some instances fixed in those schools are not in good condition thereby compelling the children to venture into free range to ease themselves from any uncomfortable moments that they may find themselves in because when nature calls you, there is no way you will delay or resist the call but if you do, nature has many ways of punishing people who defies it when it sends them on an errand.

The current negative effects of the free senior high educational system, are too wanton to fathom comprehensively because the kinds of cases being reported are rife at everywhere that, in the public schools across the entire sixteen regions of Ghana, students in such schools are fed with raw dry meals that are meant to be dashed out to dogs and other species and not human beings but that is what they are serving the children in government in every part of the country where in some instances, colourless porridges without any sugar or milk, is being given to the students to feed on as if they are slaves.

The whole thing appears as if fundamental human rights of the learners in Ghana, are being infringed upon notwithstanding the sporadic infractions caused by some selected people who are assigned to manage the activities of the programme in the nation but due to their own parochial interest, some of them are quick to divert goods that are consigned to be forwarded to such schools, to their own private businesses and residences to be used where living the defenceless students to hunger and in some cases, hearing reports of attempted stealing on the part of those students due to severe hunger and malnutrition being meted out to them by the ones who are mandated to overseer the smooth progress of the policy for its best implementation to help augment the sprawling effects of difficulties in having access to quality education in the country.