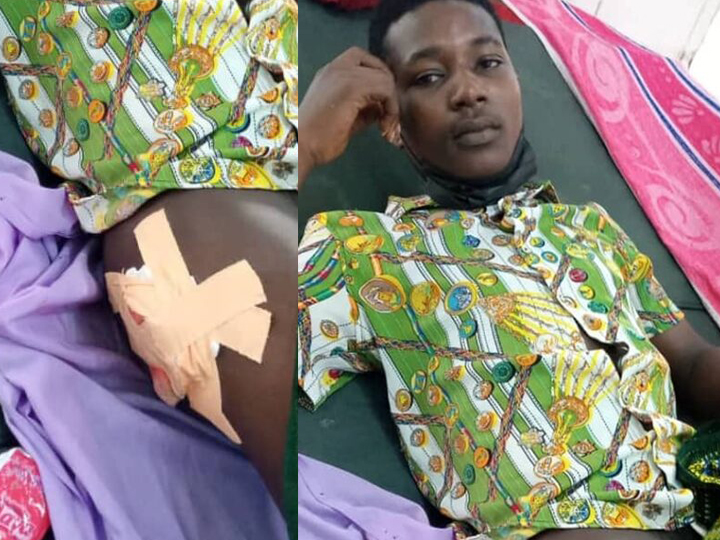 Armed men shot a mobile money merchant on Friday, April 9, 2021 in Ahenkofi, a suburb of the Sekondi-Takoradi Metropolis at about 7 pm.
Two young men who appeared in the shop of the merchant (Joseph Amoah) demanded for all his sales with force on that very evening.

According to the victim, the two men appeared in his shop and demanded for his daily sales with a gun which they took his bag containing all his money. After they took the bag the victim began to shout to draw attention by people nearby which made the armed men shot him three times in his thighs.

“The men came and demanded for money, one of them is tall whiles the other is short. Both were armed and asked for my money, we struggled a bit but they won and took my bag. I started to shout for help which made them angry and shot my thighs three times and left”.

Joseph is currently at the hospital receiving treatment for the sustained wounds.

An Eye witness also gave his account, ” Joseph is my friend from school, the incident happened a few minutes after speaking with him and left. I heard gun shots and came back and saw my friend helplessly on the floor with three bullets on the floor. This would not have happened if I didn’t leave”.