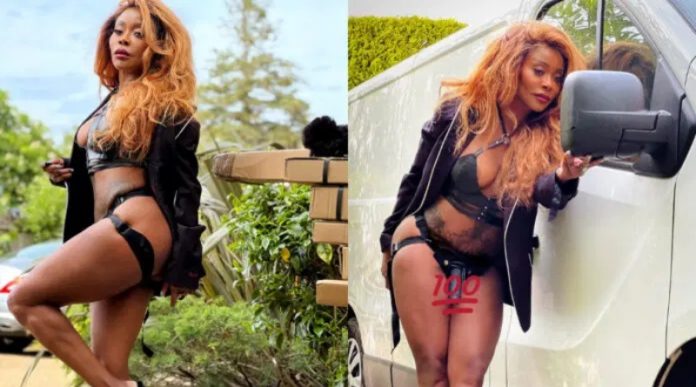 Stephanie Benson is very eccentric and spontaneous but she just took these traits to a different level after what we found her doing on Twitter a few minutes ago.

Despite her age (54), Stephanie Benson have the kind of sex appeal that attracts men who are way younger than her.

She complemented her look with long ginger hair, a black jacket, bralette and heels that shows she is arguably the hottest grandmother in the world. The Jazz singer shared the photos on Twitter writing;

Challenge accepted to the Extreme. It’s all about the Package. Who’s next?”

Challenge accepted to the Extreme. It’s all about the Package. 😎 Who’s next? pic.twitter.com/64HrPIlcGc