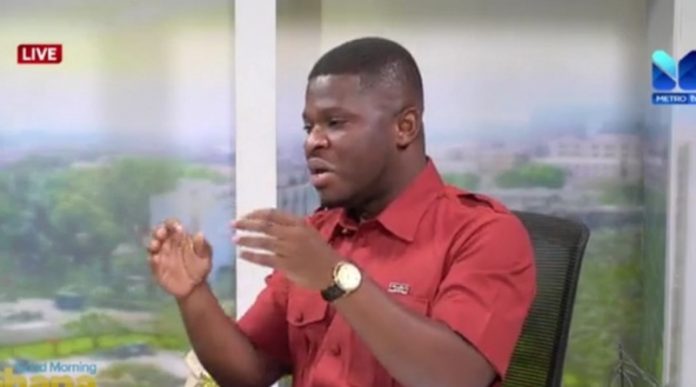 Criminals have found a subtle way of impersonating individuals especially known public figures to dupe unsuspecting victims online and that is labeled as cybercrime.

It mostly involves activities that require a computer and an internet connection and this new wave of fraudulent acts increased with the introduction of the internet, mobile phones, and computers.

Sammy Gyamfi, the communication director of the National Democratic Congress has issued a stern warning to his followers to take extra caution about a fraudster using the name Sammy Genfi to swindle victims. Per his assertions, this unknown person has stolen his identity to carry out his nefarious deed. The politician entreated his followers to take note.

Stiffer penalties should be handed to any perpetrator of cybercrimes. But I’m afraid this won’t be done in this our country where you can do anything and go Scot free without being punished if one has the money to settle his way out.

Reducing or stopping cybercrime requires a synergistic approach. The government and the citizens have a role to play. The government should endeavor to create an enabling environment, empower the youths, and put in measures to ensure that the youths are employed as much as possible. 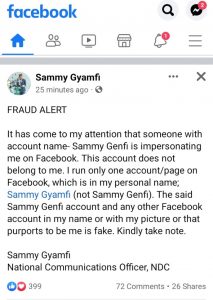 Cybercrime is a global problem. If the government is sincere enough, it can reduce cybercrime. Some youths also need orientation.