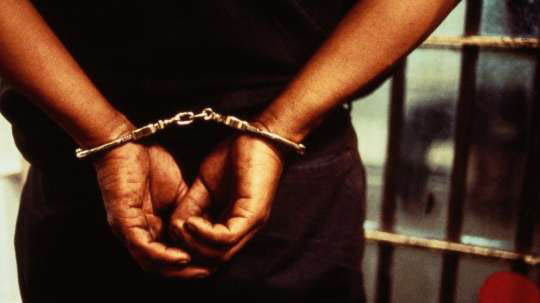 The Mathematics teacher at the Sawla Senior High School, who has become a threat to the female students in the school, has finally been arrested on charges of sexual rape.

The teacher, Ernest Ocloo, who teaches the girl mathematics in the school, has been enjoying the flesh of the girl secretly for a while now. Ernest Ocloo, has been charged for raping his student something which has been suspected to be going on in different locations between the teacher and the victim. The identify of the student has not been disclosed on security reasons and on her personal privacy.

The final determination of the case had been adjudicated by a Tamale High Court which pronounced the said mathematics teacher at the Sawla Senior High School in the Savannah region up North.

It is precarious how sexual activities have taken a centre stage of the minds of our students including those at the junior high schools. Nowadays, videos on sexual activities involving students are common on social media but where is the fault coming from? The mathematics teacher in question, has been having sex with the girl under the pretext of supporting her with higher marks in the examinations.

But this time around, luck has eluded Ernest Ocloo as he was arrested after satisfying himself with his female student who is even young enough to be his biological daughter. The arrest of the mathematics teacher, has generated some kind of controversy among the students body as to whether they should begin in mentioning the teachers who have made up their minds to be having sexual intercourse with them whenever they come to school.