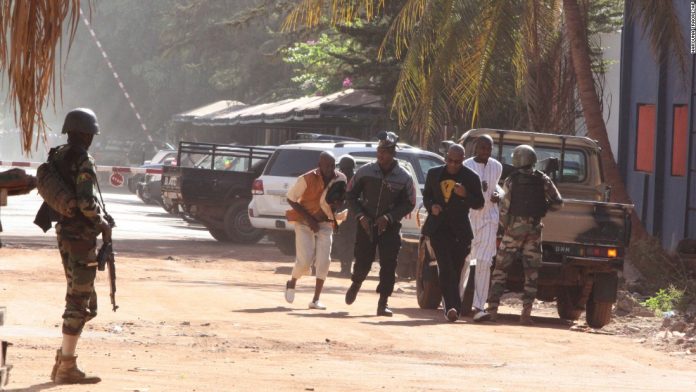 As terrorism has been a major threat to peace and security of many nations in the world, the world leaders are formulating stringent and resilient measures to curb such disastrous phenomena.

Ghana is also amongst the countries willing to protect the sanctity of her state and the citizens as a whole since the tranquility of the people living in the country is of paramount to her.

In the Northern parts of Ghana, numerous cases of violence and mayhems have been noted with grave concerns since the security of the residents have been jeopardised and compromised by whoever may be found culpable for such.

In the early part of the week, the president of the Republic of Ghana, His Excellency Nana Addo Dankwa Akufo Addo, had rallied the world leaders to assist African countries in their fight against terrorism as in case of logistical support to aid in full flesh measure to combat breaches of security incursion by the enemies of the country.

It is at the backdrop of all these instances, that a security expert has stated that it would only be the scenario where terrorists could invade the territories of Ghana due to her security negligence and dereliction because of the lapses being seen on the front terrace when it comes to matters relating to the peace and security of the country.

According to him, recent murder cases in many parts of the Northern regions would be a great and a classic wine for such lawless hooligans and miscreants to chance upon to unleash mayhems and insurrection on the forehead of the country.

Mr. Adib Saani, who is a security analyst, an individual gravely touched by the personal security of the citizens living in Ghana, has suggested that, stringent actions must be taken to forestall any reprisal or intended unrest and turmoil which may be inflicted on the nation by those who hate the current pulchritude atmosphere prevailing winds in the country.
Source: www.ghbuzznews.com