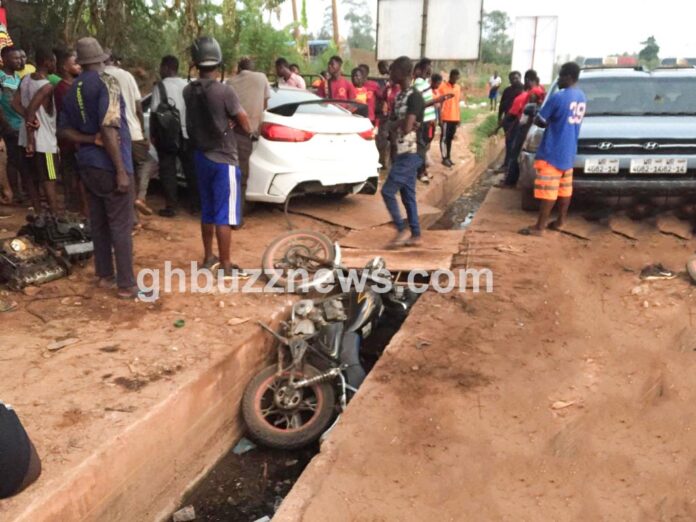 Ghana Nursing And Midwifery Training Association (GNMTA) week celebration that is supposed bring happiness and promotes good health was not the case as the NMTC- Sekondi was hit by a sad news.

A gory accident which has put the lives of four student in critical condition as an unregistered Salon car bumped into them at about 5:00pm today.

According to an eye witness, the white Salon car was speeding from Fijai junction to Effia Nkwanta stretch close to the Fijai SHS Park where the GNMTA game was going on, the driver bumped into a sunken, lost steer control, veered across the mid pavement to the other side of the road where the students were standing and got crushed. 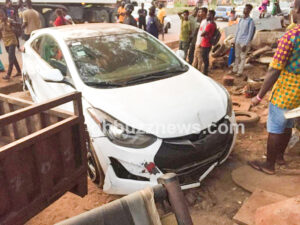 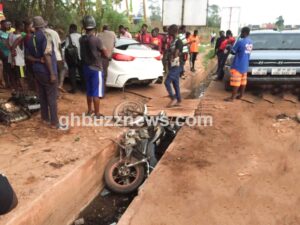 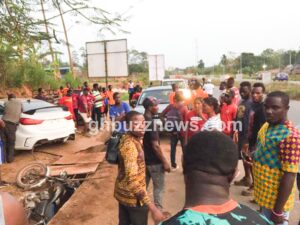 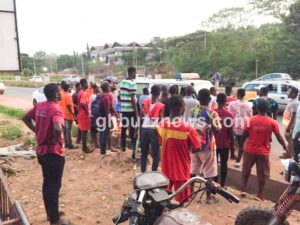 One was reported to be severely wounded as the car hit her straight into the side gutter. A motor rider getting ready to take off, saw the car coming and instinctively run away but his motor got hit into the gutter. They were rushed to Effia Nkwanta hospital for treatment. 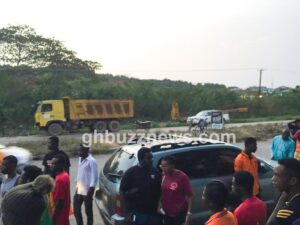 The police however, came to the scene after about thirty minutes according to an eye witness to investigate.

*Those heavy duty trucks and machines parked along the road has narrowed it making vehicles not having full access to the road.

* Certain parts of the road are regularly undulating and might have also contributed.

* Is the driver having a license, is he not familiar with the road? These and many more questions were being asked as people trooped in to the scene. Perhaps authorities should have a second look at the road stretch once again.