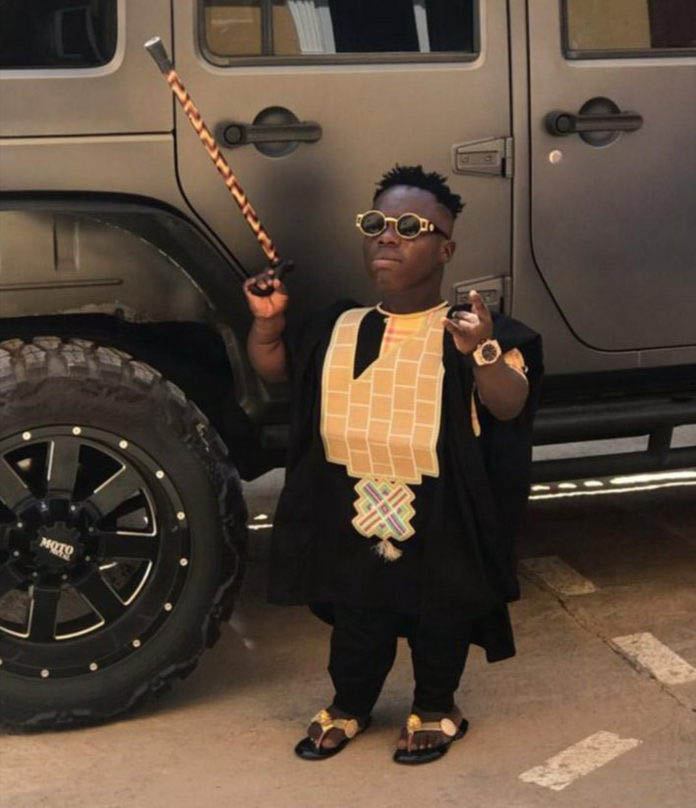 In some photos he posted on his Snapchat handle, Bandle was spotted at an event believed to be an outdooring ceremony for his baby.

He was in the company of his supposed brothers he introduced to the world some days back, and other diminutive men believed to be his relation.

In another photo, he captured the face of his baby girl, though he did not give much details of the baby.

Another social media user, who witnessed the ceremony, posted a photo with the caption “congrats on your first daughter Shatta Bandle”.