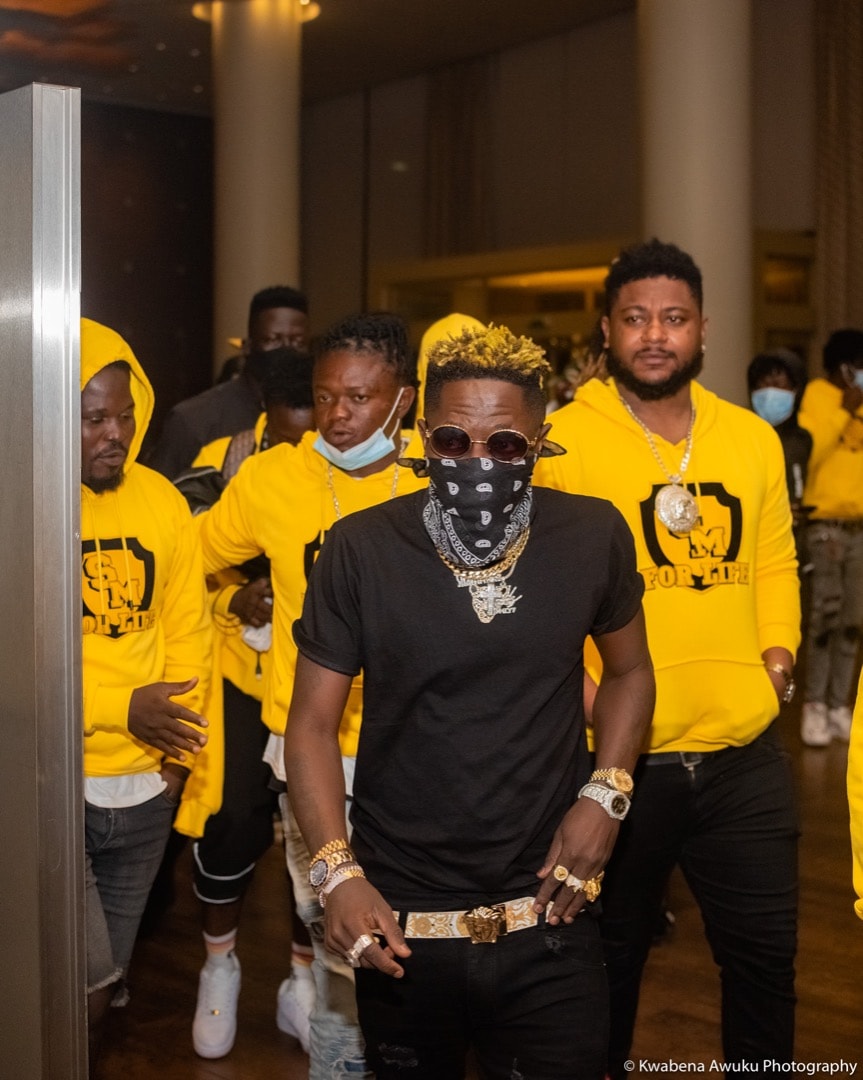 Dancehall artiste Shatta Wale who has been off social media for some weeks now is once again in the news again for all the wrong reasons.

It is alleged that the dancehall act together with his entourage attempted to use a road in Nima, a suburb of Accra which is still under construction but was denied access. This according to sources got Shatta and his team angry hence the abuse on the workers.

In a video sighted by ghbuzznews.com on twitter, it can be seen clearly as the boys started beating the workers and surprisingly you could see the dancehall artiste insulting the workers whilst his boys beat them.