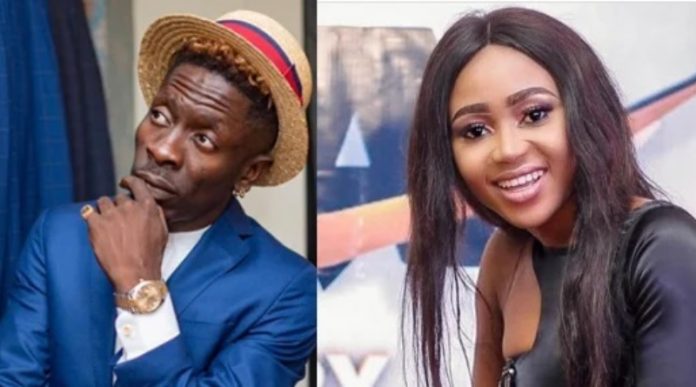 Shatta Wale, the African dancehall king, has subtly confirmed rumors that surfaced on the internet a few weeks ago that he had begun a new romantic relationship with our very own Akuapem Poloo.

After the SM boss dashed the mother of one an iPhone 13 pro max, rumors that Shatta Wale has started dating Akuapem Poloo went viral on the internet.

Akuapme Poloo took to social media after receiving the expensive gift to thank Shatta Wale for the gift while also mocking her detractors.

Shatta Wale, who can’t keep secrets, released a snapshot of Akuapem Poloo on Snapchat with a comment that speaks volumes about their relationship.

Akuapme Poloo wore a blue shirt with black ragged jeans and a pair of great heels in this lovely shot.

Shatta claims that she like it when his sweetheart (Akuapem Poloo) dresses in that manner.

Shatta Wale is noted for luring our female celebrities with gifts and praises just to chop and dump them afterwards hence Akuapem Poloo should be very vigilant. 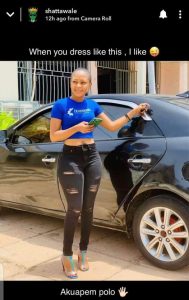