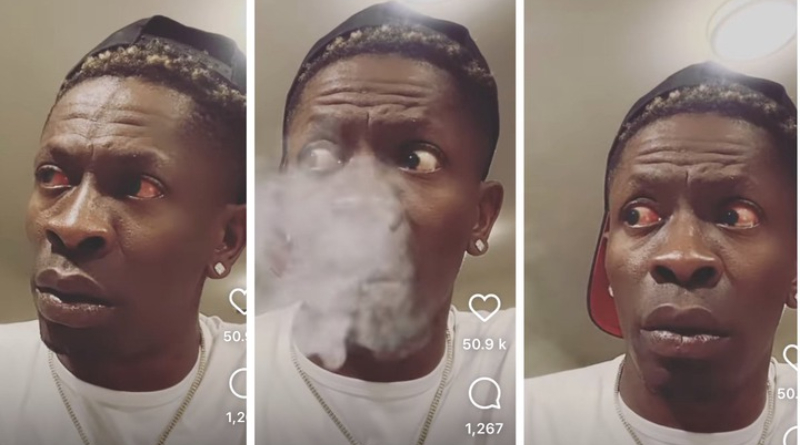 Ghanaian dancehall musician Shatta Wale has come out to deny rumors that he is a chronic weed smoker.

You might have seen Shatta in many of his videos posing with or smoking a substance believed to be weed.

He, just like many celebrities, have called for the legalization of the herb described as narcotic and illegal by the government.

Shatta Wale has denied being addicted to weed smoking in a new video he posted on his social media page.

The dancehall musician said in the video that he has never smoked in his life although he was holding a substance believed to be weed.

Everything showed he smokes, including his bloodshot eyes but Shatta denied.

The video is one of his comic skits he entertains his followers with and the bloodshot eye was a filter.

Shatta Wale is still in his comedy career while his colleague, Stonebwoy, is winning at 3Music Awards and performing to thousands in Puerto Rico.

Watch the video below.