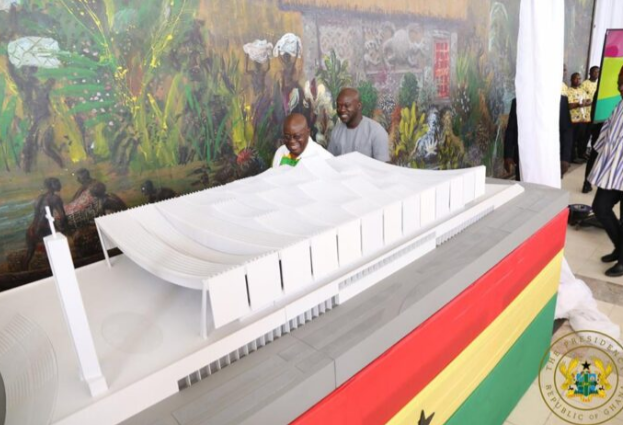 Ghanaians are very soon, going to pour out on the streets to demand the standing down of Akufo Addo as the president of the Republic of Ghana as it has emerged that, with the consent of the presidency, the ministry of finance, has released a whopping 25 million cedis towards the so called construction of the Cathedral at Asylum Down, a suburb in Accra.

It is all clear that how things are shaping up in the country are not really what the Ghanaians citizens voted for because the current economic hardship in the country before state resources are being used thoughtlessly as if they are the personal belongings of the political leadership, would not make the situations improve in anytime soon.

The current is presently under an austerity measure where because of the comatose and debilitating state of the country’s economy, countless businesses have folded us due to the speedy rate at which cost of doing business or living in the country, has become unreasonable and unbearable where no thoughtful solutions are being professed to ameliorating the situation for Ghanaians to feel at ease for once but rather the government has decided to show off such cruelty by ignoring all the uncomfortable moments that the people in the country are enduring which according to some citizens, they are not going to bear with the government and its officials any longer and due to that, a mammoth demonstration is highly expected to rock the neck and anus of government on Saturday as many people have expressed their interest in joining such protesters whose permission had earlier been granted to demonstrate on Saturday.

It is a current trending news at the moment and thus, overwhelming majority of Ghanaians are yet to learn of that significant amount of money being released by the government in donation of the cathedral building that people had already kicked against because it is a means of some people through which they are going to amass massive wealth for themselves and their families without rendering any tangible account because they are doing that under the pretext of working for God Almighty where God himself may not have any relationship with such ceremonial religious beliefs practitioners in the country.

It is the same government that closed down worship centres in the country where those Christian believers who kicked such a very dangerous decision, were sent by the government officials in which Akufo Addo was the commander in chief of the Ghana Armed Forces, ordered the arrest and incarceration of people who were believed to have jettisoned his so called directive to church leaders but today, some self acclaimed prominent religious people in Ghana who spoke vehemently against those who resisted the government’s directive on the closer of churches, are the ones who are board chairmen or directors in a case that their fellow religious beliefs members were arrested and jailed because they wanted to worship who gives them the air they are breathing, could not support such people who were jailed or detained but today, they are the people receiving huge sum of money with bot hands from the government and its officers simply because they know that but all means, they would have a share in sharing the national kitty among themselves because nobody is going to hold them responsible to account for their stewardship.

It is unarguably nowadays that, people just hide behind the scenes in the name of Ghana to be perpetrating crime against humanity in the name of some so called religious building or activities where every amount of money garnered are left in the hands of some few individuals who think only that they are the only people with big and large bellies to satisfy their lust and insatiable appetite and the urge of greed and looting.