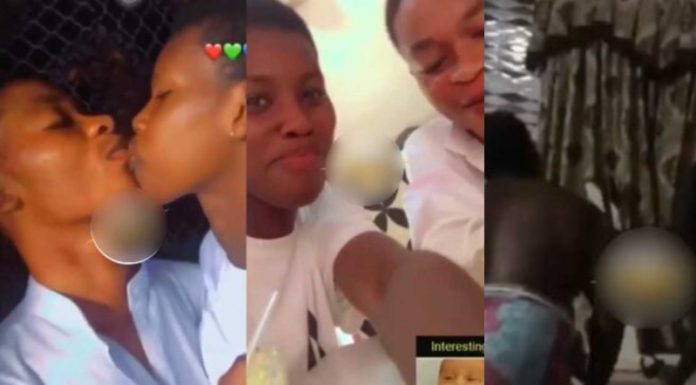 After being caught on camera having a lovey-dovey moment with her lover instead of working on her schoolwork, a young senior high school student received the thrashing of her life.

She was spoonfed by her lover in the footage that was used to illustrate her wild behavior outside the home.

The two are shown kissing one another fiercely in another moment, as though their lives depended on it.

As she was being severely beaten with a cane by her mother for what she was seen doing in the video with her boyfriend, she screamed for help near the end of the film.