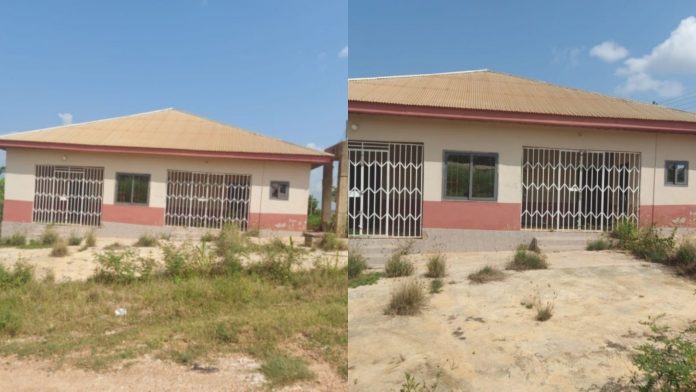 It sounds weird and draconian, that in this contemporary world we are living in today, some people still bow down to lifeless images which do not have a breath in them.

It is senseless to any meaningful individual to hear that the sanitary facilities he erected for certain individuals to utilize as part of maintaining proper hygienic conditions in their localities, there would be a so-called god or a river deity, that would claim that if there is anyone who goes ahead and uses the facility built in the community without killing five human bodies for the deities associated with the lands on which it has been established, such a facility can not be used else the gods of the land would strike anybody who goes contrary to its dictates.

This very thoughtless and unimaginable story has been told of the people in the Ashanti region, where it is reported that the deities in the area are demanding human blood before they could permit the commissioning and subsequent utilization of the toilet facility constructed for the people dwelling in that part of the country, Ghana.

The residents of Ampabame, a remote part of the Ashanti regional capital, Kumasi, are left with no option but to resort to serious open defecation as the 34-seater toilet facility constructed for them to use, is put on hold from opening because there is a deity at that area which is demanding for five human beings to be slaughtered for it before it could allow the planned commissioning of the project which had been constructed waiting for its final commissioning so that it paves way for public use.

It is clear how such breathless deities associated with the land in the vicinity, requested human blood and through whom that they blindly spoke. It would be a classic case of senseless and outlandish imposition of antiquated practices on the innocent Ghanaians residing in that very part of the country in the Ashanti region.

Just imagine those who initiated that transforming projects for the residents of Ampabame before the place is not being used for its intended purpose simply being, a river deity demands that five human precious bodies must be killed for it before it allows the to commission the project for utilization by the general public and the residents putting up in the community.

At this present age where others are trying assiduously to change lives through innovative technologies and sciences, some mentally retarded individuals are obstructing and orchestrating easy development being brought to their jurisdictions by benevolent organizations to transform the lives of those who need it the most but ignorantly, such miniature baboons are preventing other individuals from helping and assisting those in dire need of such magnificent projects.

If it were to be other jurisdictions in Ghana, where it is announced by whoever understands and hears the voice of those voiceless and brainless statues, that deities associated with the land on which such a noble toilet facility was constructed for people to use, then, the world would hear plainly that, that is how those people are and based on that, they are not receiving any developmental projects being initiated by the government but because it is rather in the Ashanti region of the country, people are mute on the matter because it paints and discredits the images of those political appointees hailing from that ridiculous portion of the country referred to as Ampabame, where a river deity demands five human beings to be slain for it before it allows people to Commission the project for utilization in the country.

It was earlier reported by the same media channel, that, the authorities and students of Bishop Herman College in the Kpando Municipality of the Volta region were in dire need of sanitary facilities as in the case of Ampabame residents where there would not be any demand or claim that gods are demanding or requesting for human blood before anything else could be done or started on the land.