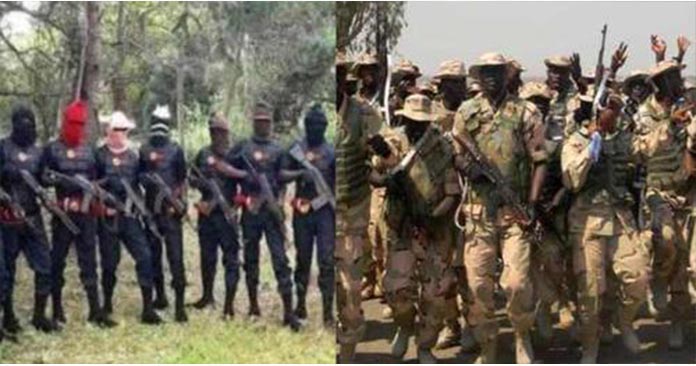 Nigeria has become a state of lawlessness as boko haram insurgents continue to invade territories of the elites and the ordinary.

Dreadful gun welding men attempted to take over the palace of a Nigerian monarch but due to the timely manner in which the army officials and police responded, saved his previous soul from seeing wrath.

The army offices responded swiftly to avert calamity thereby protecting the monarch and the entire family. Boko haram group has been on the killing agenda to terminate innocent people for a while now without being resisted.

The speed at which the group continues to kill people without provoking is on the quick rise in Nigeria and other parts of the African continents. There were exchanges of gun battles between the suspected boko haram members and the forces of the military and police if not, there would be a catastrophe. The fierce manner in which the fight broke out, rendered people in the entire community to run for their precious lives.

Fear and panic gripped those in the area causing them to leave the community for their own safety.