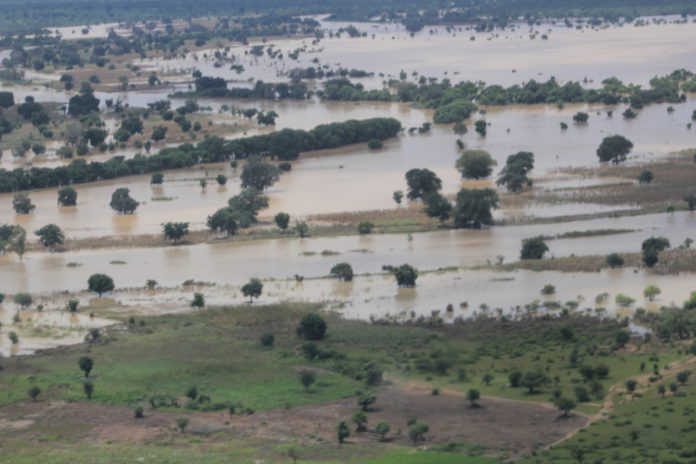 Farmers along the White Volta and Upper East regions, are currently counting their losses as the annual spillage of Bagre Dam, causes them huge sum of money.

The local farmers who have been working very hard to enjoy the fruits of their labour after spending their valuable resources on the farms, are now left with no option but to lament over the complete loss of their business activities.

According to them, there is no other means of economic viability for them except to engage in their traditional farming businesses but painfully, the water gushing out from the release of excess water from the dam, has totally destroyed their farm activities. The farmers who are at this traumatising experience counting their significant losses, are nursing their woes of sorrow.

Before the Dam was spilled for the excess water to released, much awareness was communicated to those living along with areas expected to have a toll on their lives and properties, were duly informed to relocate so that they could save their lives and belongings but, many of such individuals remained in their homes whole knowing very well of the dangers associated with the spilling of the dam.

The spillage of Bagre Dam, is a yearly exercise that the neighbouring Burkina Faso authorities have been embarking upon for a while well and before they initiative processes involved in the opening of the Bagre Dam, they always take into consideration, the lives and properties of those staying in the areas that are earmarked to be affected.

But unfortunately on the part of the residents, they said, “There is no other place for them to relocate to hence their intentions to remain at where they are at the moment”.

At the time of filing this brain drowning piece, neither the government of Burkina Faso nor Ghana, has confirmed of compensating those individuals affected and thus, the people who suddenly lost their invaluable commodities to the opening of the Bagre Dam, are in anguish and trauma as it seems as if “there is no hope for the hopeless”.

Some of the individual members affected by this draconian decision taken by the officials of Burkina Faso to spilling the dam, are saying; “They are not the ones to be blamed entirely for their inability to relocate to high grounds since they have no other means available for them to do so and therefore, if authorities are touched by their harrowing conditions and plights, they should come to their aid and alleviate some of the excruciating moments that they are currently enduring.”