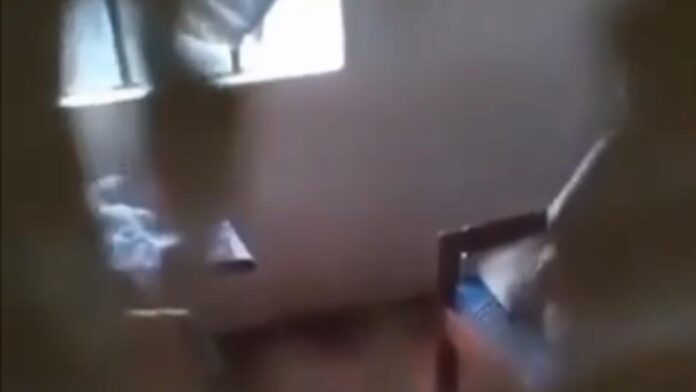 The atmosphere on the information superhighway, thus, social media, has taken a different twist and turn after a wild video or footage hits

the various media platforms globally while exposing the privacy of someone who was thought to be a husband of a woman he married.

The said hard to believe video went viral after hitting online, thereby, attracted much attentions and focus during which it gathered momentum of countless conversations amongst users who are privy to it.

In a more details, a nineteen years old boy named Angie Gamalu, has secretly recorded his father, the new husband of his mother while on bed with another woman engaging in bouts of sexual activities at the blind side of the woman who was far away from home at the time. According to some eyewitnesses, the said boy has been reporting such cases of unfaithfulness on the part of the man in the absence of his wife but the woman could not believe it due to the confidence and trust she has for the husband.

The mother continuously refuted every form of informations communicated to her by the boy whenever she returns home after some chores but she would disregard every details reported to her after which the boy thought of another option which could easily prove to the woman that her husband is not being fair to her in their matrimonial home.

On one particular fateful day when the woman set off for market within some few hours later in the afternoon, the husband who has been identified as one Samuel, brought in another woman not knowing, the son was resting in his room next to theirs where the sexual engagement was taking place in full force.

Then the sounds from their acts woke up the boy and he therefore as a way to gather an evidence against what the father has been doing blindly in the absence of the mother when ever she goes for daily business activities, he recorded the secret acts of the infidelity and libidous father and showed it to his mother when she returned from the market. The video has since gone viral after it mysteriously made its ways onto the internet.