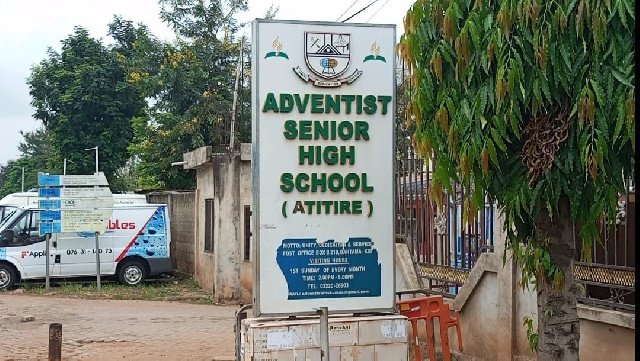 An incident involving the students of Seventh Day Adventist in the Bantama district in the Ashanti region of Ghana, has come to the limelight as it has emerged that the school authorities are feeding the students with raw porridge without even sugar.

The students in the school have complained bitterly about the situation which leaked to the media landscape for further digging deep down into the matter to see how best the ramifications could be alleviated so as to create an enabling environment for easy teaching and learning for the students towards their development.

According to the students, the canteen managers do not give them koko with sugar, bread or milk unless you buy it yourself with your personal pocket money because they are not doing anything meaningful to helping them come out of the situation even though it appears they are having the means to do so with the view that they are having the supplies in stock because those who want to buy the sugar, bread or milk to use with the koko, such items are sold out to the individuals who are willing and ready to pay for the cost of the products being sold on ground that it is a business they are doing for a profit margin to be accrued.

But the trending news coming from the Seven Day Adventist, is really disturbing to the extent that, it has even silenced the voices of the school authorities in the region as they thought their secret deals that they are dealing behind the scenes will not be uncovered one day but as it stands clearly for everyone to see, their stinking anus has been exposed beyond description which even further dented their own imagine and the reputation of the school in general.

It has been reported in some circles of the media spectrum that, some of the items distributed to certain schools by the government, are being used by other individual members of other schools who are mandated and assigned to manage the food supplies sent to such schools but due to their high level of discontent and wicked hearts, they have decided to clone all the materials dispatched to the schools causing the government of Ghana to spend more and in turn, release funds for the procurement of the needed resources that are in short supply at the schools which do not have enough of those supplies being squandered by undisclosed members in those various schools claimed about.

Currently, the government of Ghana is facing a serious economic challenge which has compelled it to send the minister of finance and economic planning to go to the International Monetary Fund, IMF, to beg for financial bailouts so as to help resuscitate the debilitating comatose state of the national economy which has been described by countless people as a failure but the government machinery was quick to rubbish it outrightly.

It is as a result of the finance difficulties in the country, that is why the public sector teachers have withdrawn their services waiting upon government patiently to do something reasonable for them to be relieved of their economic hardship faced with high cost of living in the country where it is very difficult to eat a single decent meal a day due to its expensive nature.

The prices of goods and services are skyrocketing in the where people from all walks of life are opposing the malevolent manner in which the administration of Nana Addo Dankwa Akufo Addo is treating the young and the old in the country which thinking twice of the suffering that his bad and porous leadership has incurred with joblessness coupled with stealing and murdering across the entire country.

The challenges being borne by the students of Seventh Day Adventist of Bantama in the Ashanti region of Ghana, have been drawn to the attention of the district education directorates for possible solutions to be professed in remedying the situation from further deterioration and escalation.