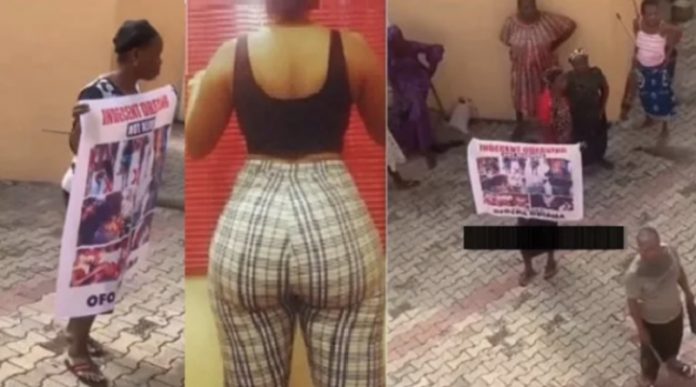 A viral video shows married women storming a university to protest female students who are exploiting their huge asses to snatch their husbands.

The married women in the video appeared to be very upset as they lined up with sticks and fliers to protect themselves from what the students doing to them.

According to them, the majority of female students are highly hopeful about doing extraordinary things for money and fame, and about utilizing social media to do things that should not be done just to be trendy.

Their mindset has spread to schools, with the majority of pupils focusing on how and when to obtain money from men rather than on their studies.

They said, “We chose to protest against female students in communities and hostels who use their huge “nyash” and obscene attire to collect our husbands from us.”

Watch The Video Below: