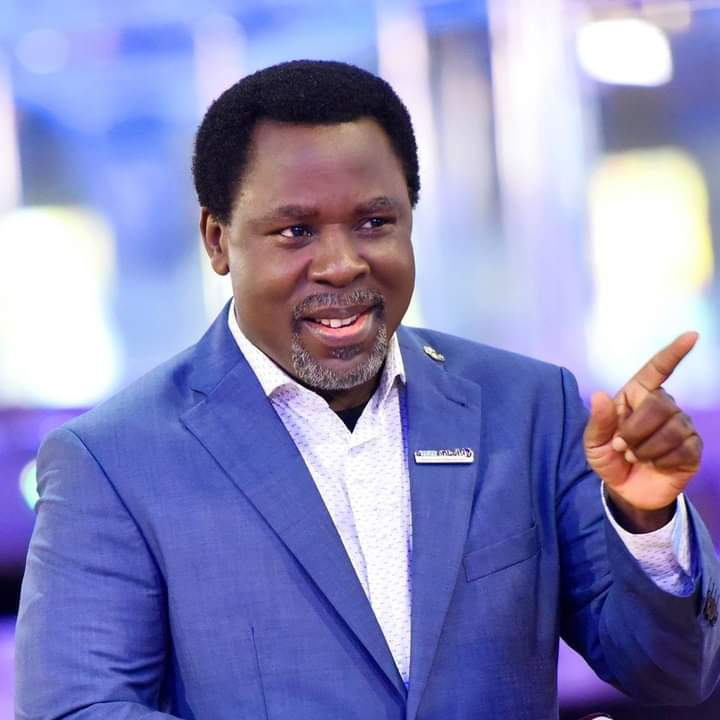 Popular Nigerian televangelist and founder of The Synagogue Church of All Nations (SCOAN) Temitope Balogun Joshua has died.

TB Joshua, as he is popularly known, died on Saturday, June 5, exactly a week before his 58th birthday.

Media reports in Nigeria say he died shortly after concluding a programme at his church.

He was ministering “healing, deliverance and salvation” to his congregation.

Prophet T.B. Joshua is right now in the midst of the people to minister healing, deliverance and salvation, in Jesus’ name. May you be richly blessed today. Amen. pic.twitter.com/R8oKsmOgOd

The cause of his death is yet to be known.

TB Joshua was known for his popularity across Africa and Latin America and his social media presence with 3,500,000 fans on Facebook.

His YouTube channel, Emmanuel TV, had over 1,000,000 YouTube subscribers and was the world’s most viewed Christian ministry on the platform before it was suspended.

He was once described as the Oprah of Evangelism and YouTube’s Most Popular Pastor.

He has been awarded various accolades, notably receiving the Officer of the Order of the Federal Republic (OFR) by the Nigerian government in 2008 and being voted the Yoruba Man of the Decade by Pan-Yoruba media outlet Irohin-Odua.

He has been called one of Africa’s 50 most influential people by Pan-African magazines The Africa Report and New African Magazine.

As of 2011, according to Forbes, TB Joshua was Nigeria’s third-richest pastor, although the claim was immediately denied in a statement by the church.

He is known to be controversial, and was even ‘blacklisted’ by the government of Cameroon in 2010.

In 2020, TB Joshua prophesied that the coronavirus pandemic will end in Wuhan, China on Friday, March 27 same year, a prophecy which he said was misconstrued as the end of the pandemic worldwide.

This attracted mockery from many across the world but he came out strongly to clarify the prophecy.