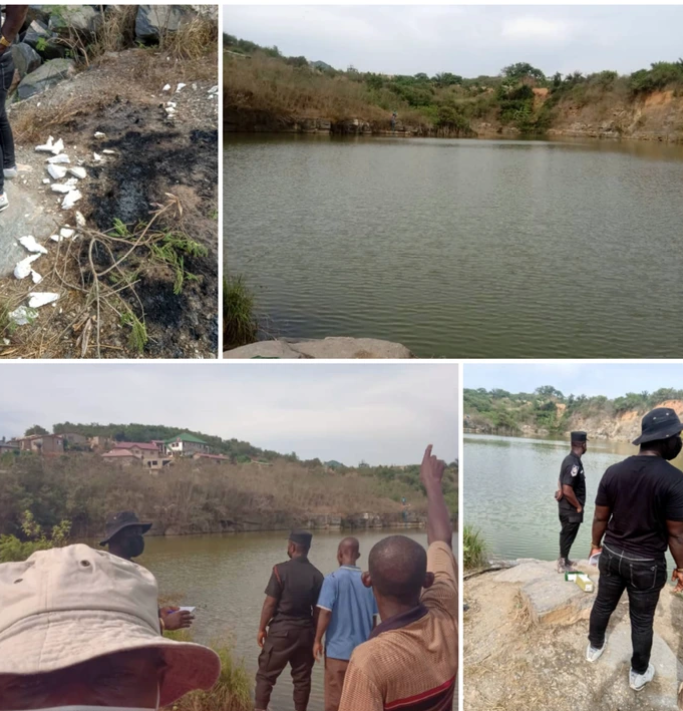 The National Disaster Management Organisation (NADMO) together with the Ghana Police Service and traditional authorities of Essipong, a suburb of Sekondi-Takoradi metropolis, are in a search for the body of a thirteen (13) year old boy who is reported to have drowned in a pool of water at an abandoned quarry pit.

Reports indicate that the young boy was in the company if five other teenagers who went swimming in the area yesterday [Friday 16 April 2021]. The teenage boy whose name is yet to be determined took a dive with the friends only for him to fail to resurface several minutes.

The peers were alarmed and rushed home to report to elderly people within the vicinity to come to his rescue. The boy was already gone upon arrival.

According to the Metropolitan Coordinator for NADMO, Mr. James Obeng Junior, the abandoned quarry belong to one FF Mensah, and had been decomissioned for years. He disclosed that the necessary rituals have been performed by the local priest and traditional authorities awaiting the release of the body by the ‘spirit god of the pond’ so they could begin diving to retrieve the body for burial.

In the meantime, team is trying to reinforce barriers and restrict public access to the place. It is said that the pond had been used for years by the neighborhood as a swimming pool and a main source of water for some construction works.

For hours they have been kept standing, and it is not certain when their expectations could be realised.