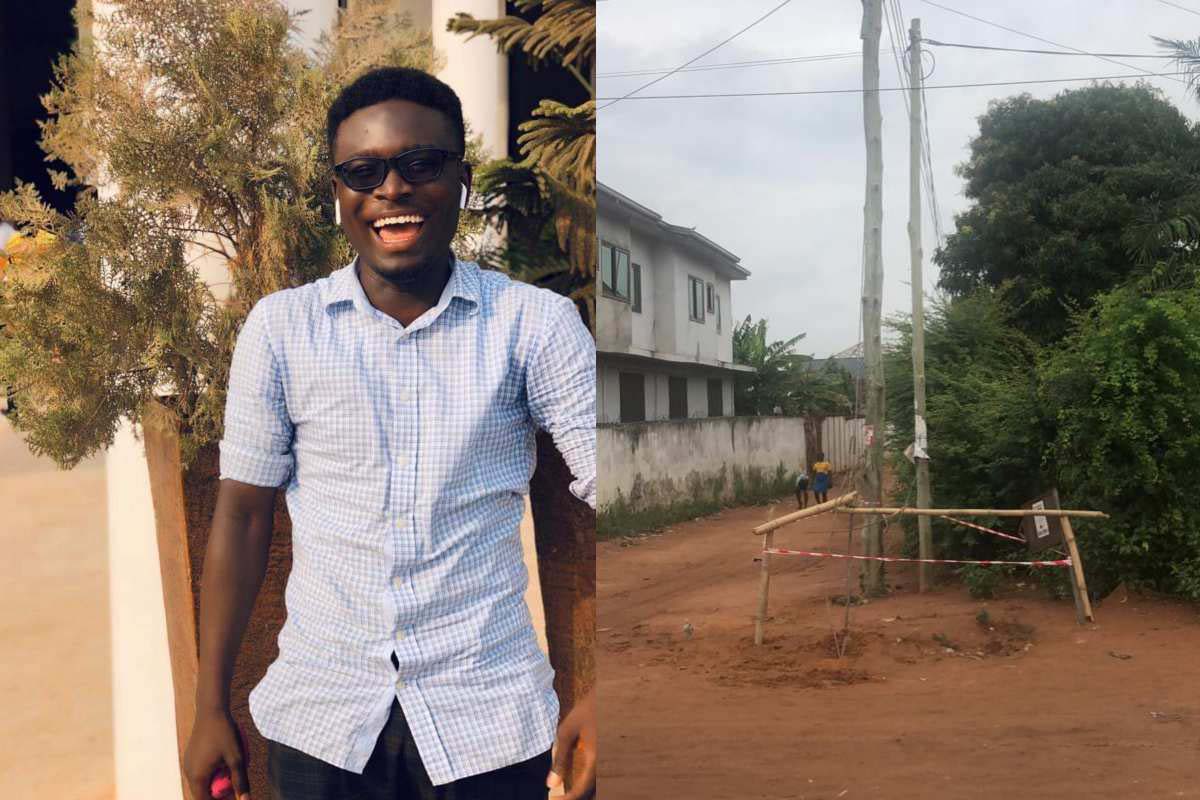 The family of Yannick Agyeman is currently mourning their beloved son who met his untimely death at Taifa, a suburb of Accra.

According to reports, Yannick tried to hold onto the electricity pole for support as the muddy nature of the road made it impossible to walk when he got electrocuted in the process and died.

Residents say officials of the Electricity Company of Ghana (ECG) have abandoned repair works on the pole for the past few days without taking into consideration the potential danger it poses to others.

The mother of the departed, Rosemond Agboka could not hold back her tears as she narrated the incident to Citi News.

“It was around 8 pm when he told me he was going for his phone from someone. I was in the room when his brother told me someone had been electrocuted so I rushed out when I got there a crowd had surrounded my son and could not do anything.”

Yannick Agyeman is said to have completed Okuapeman Senior High School where he offered General Science. Schoolmates have expressed pain and shock in the demise of their friend.

Electricity pole dey ECG send people come touch touch the pole. Dem no finish the work dem leff. No warning signs nothing. Rains came down my paddy slip for road he go touch the pole. He got Electrocuted. Rest In Peace Yannick. pic.twitter.com/JfCtHe31N1