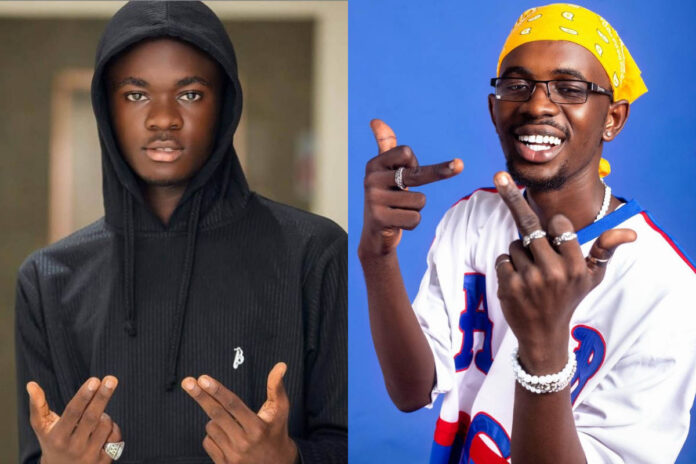 Yaw Tog who hails from the city with Black Sherif, both Kumericans has been misunderstood by some netizens following a statement he made against his colleague.

Read More>>>>>“Things are rather difficult without Castro” – Kofi Kinaata

In a tweet, Yaw Tog who most Ghanaians and industry players have tagged as disrespectful due to certain statements he makes about others has ended on the wrong side of netizens.

Recall, the young rapper who is currently in London preparing for the Ghana Party In The Park was being lambasted after he claimed to have made the British rapper, Stormzy more popular in Ghana with his “Sore” remix.

In a recent tweet. Yaw Tog whose intention was only to big up his colleague, Black Sherif stated that That black sheriff guy is mad.

The “Mad” he used in the tweet is a figurative word signifying that Black Sherif is creative and dope.

That black sheriff guy is mad??‍♂️??‍♂️

Meanwhile, Ghanaian socialite, Ayisha Modi has penned down a message to those who are looking forward to severing the bond between her and her godparents, Rev. Obofour, and his wife, Queen Ciara Obofowaa.

Ayisha Modi was rumored to be practicing lesbianism with a pastor’s wife in exchange for rent. This allegation was made by her current arch-nemesis, Afia Schwarzenegger.

Well, many presumed that the supposed pastor’s wife involved in the fracas could be Obofowaa since she shares a tight bond with the socialite.