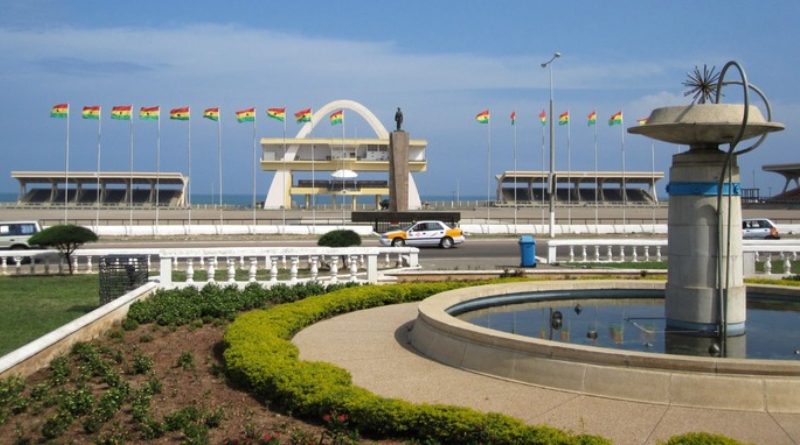 The Republic of Ghana, is a country in West Africa. It spans the Gulf of Guinea and the Atlantic Ocean to the south.

Ghana shares borders with three countries; Ivory Coast in the west, Burkina Faso in the north, and Togo in the east.

In our world today, almost every nation is famouse or well known for something very special about that nation. For example Italy is well known as the land of pizza and Gelato. They are also Known all over the world for renaissance art; the country receives an estimated 40 million tourists annually.

India is also know around the world, as the second the most populated country after China, with over 1.3 billion people. India is again known as a diverse country with famous historical landmarks like the Taj Mahal and many more natural sceneries to behold.

Again; The United States of America is also known worldwide, as the ‘The Land of the Freedom’. The country brings together people of different nationalities and economic means. The US also has a large population; and it is the center of the film and entertainment industry. Movies and music produced in Hollywood reach even the most remote corners of the world.

Miss Agbani Darego MFR, the Nigerian model and beauty queen, was crowned Miss World in 2001. She was the first Indigenous African to win Miss World.

So…what is Ghana famous for? The Republic of Ghana is well known for many things including its lush forests, diverse animal life, miles of sandy beaches along a picturesque coast, and also for its rich history. It is also known for its colourful national costume made from handwoven cloth called kente. 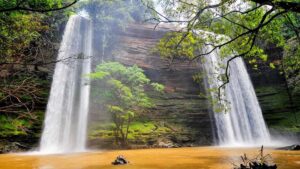 The country again has the World’s Largest Artificial Reservoir; and is currently the worlds second largest producer of cocoa bean. The West African nation is also know worldwide to have the Seat Of The Ashanti Empire, as well as West Africa’s Largest Open-Air Market. 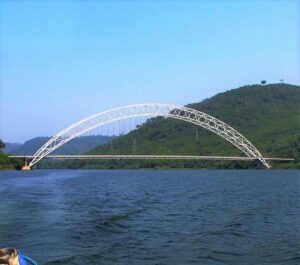 Above all these, Ghana became the ‘eye of the World, when Kofi Annan was elected as the 7th United Nations Secretary General. 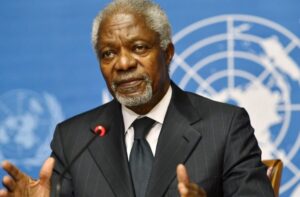 Kofi Annan took office from 1st January 1997 to December 31st 2006, after Boutros Boutros-Ghali of Egypt. Mr. Annan; although wining the bid with 14 of the 15 votes on the Security Council, he was vetoed (voted against), by the United States of America.

Dr. Kofi Annam lifted the flag of Ghana very high around the world, with his exemplary leadership as the First South Sahara African to hold such a world position.