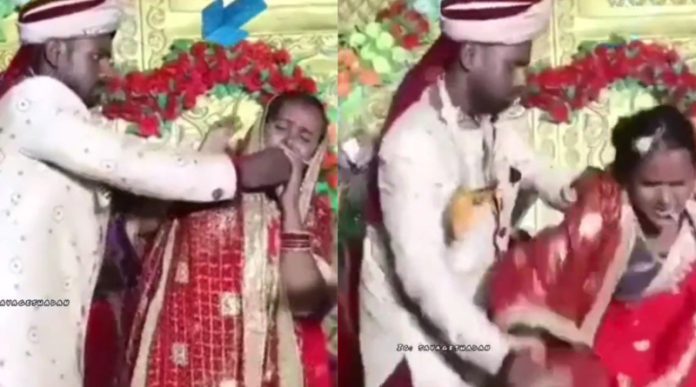 Groom and bride fight on their wedding day

On their wedding day, a Groom and bride may be seen in a viral video engaging in a competitive slapping match.

A person who was there at the scene during the drama first posted the video of the bride and groom engaged in the brutal brawl on Twitter.

The bride was the first to smack the groom in the brief 19-second footage after he used his hands to forcibly cover her mouth.

The groom appeared to be trying to stop the bride from saying something that would have jeopardized the entire event, but things apparently spiraled out of control.

The groom retaliated after receiving the first hot slap from the bride and swiftly delivered further damaging ones to her without pausing or taking into account the large number of witnesses present.

By the time this post was published, the video had amassed over 110k views on Twitter alone.