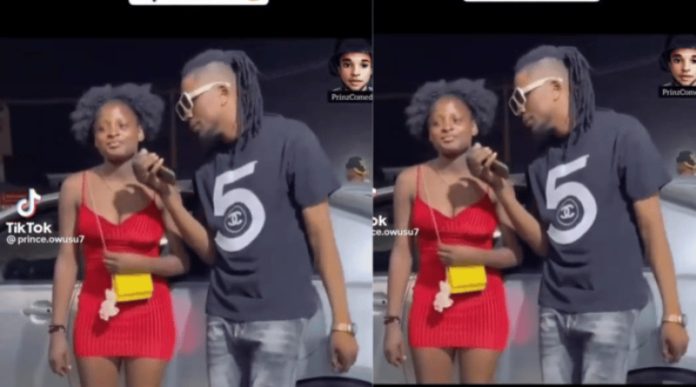 During a Q&A on Tiktok, a young Nigerian Lady revealed the types of men she typically dates and as a result went viral.

This Lady, who appears to be in her early 20s, claims that the only types of guys she typically engages in romantic relationships with are high-profile, well-known internet scammers.

She continued by saying that because she doesn’t like dark people, the online fraudster or sakawa guy must likewise have a pale complexion.

The woman’s admission has drawn a lot of attention online; social media users who have seen the video have labeled the woman as aimless.

Some have even predicted that one of her many sakawa boyfriends will use her as a sacrifice for spiritual purposes in the future.

Many modern women prefer to live extravagant lives supported by men instead of working.

These women typically go out with Sakawa men because they are large spenders, as opposed to 9–5 men who work hard for their money and hence lead frugal lives.

We’ve read and heard tales of women being used by their sakawa lovers in money rituals, but some women never seem to take the lesson to heart.