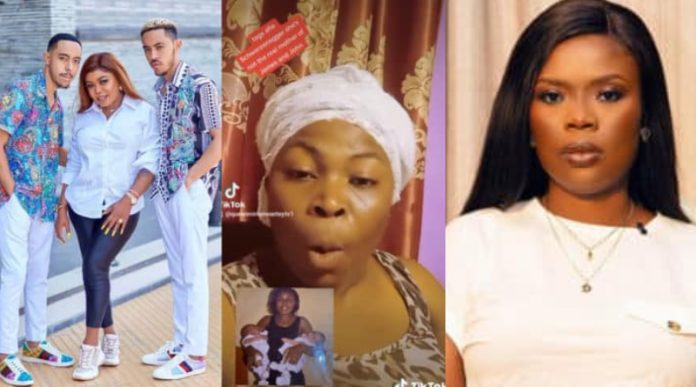 A lot of details about the two sworn adversaries have emerged in the days following Afia Schwarzenegger’s hard-hitting attack on Delay, which included labeling her a barren lady and a failure in life, among other things.

According to a woman who claims to be Delay’s former housekeeper, the TV show host has a secret daughter, despite Afia Schwarzenegger’s outrageous claim that she is infertile.

According to this mom, her daughter was about one and a half years old when she was serving Delay. Delay often breastfed the newborn girl herself, according to her, and she has kept her kid out of the public eye on purpose.

Well, another lady has also surfaced on the internet to call out Afia Schwarzenegger with regards to her motherhood to her twin sons, James and John Geiling Heerdegan.

According to this lady, the 22-year-old boys were not biologically born by the comedienne as she has always made Ghanaians believe.

And since we all know her third child – a daughter called Adiepena – was adopted from an orphanage, it means she does not have a child of her own as well.