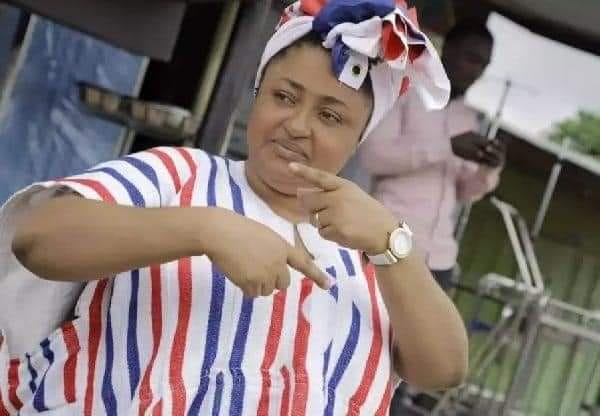 Popular Kumawood actress and movie producer Matilda Asare says there is nothing wrong that needs to be fixed in Ghana.

According to the Kumawood actress, the #FixTheCountry campaigners should be specific with their demands instead of making generalized statements because the government is delivering on its promise to the country.

The actress who is on record to have campaigned for the New Patriotic Party (NPP) in the 2020 elections said that the laws in the country need not fixing as they are punitive enough.

“I don’t see anything wrong in this country that needs to be fixed. Everything is okay in this country and the system is working”. She added that “when you asked Kofi (movie producer KOFAS) what do they want to be fixed, he couldn’t say anything.

All he said was structures but in this country when you commit illegality, the law deals with you. The laws work in this country. If you have something specific that you want to be fixed, mention it instead of just saying fix the country”.

When the host, Nana Ama McBrown mentioned dumsor as one of the problems, she replied that dumsor has not been in existence for four years.

With questions from the host, Nana Ama McBrown, Matilda Asare still held unto her grounds that she believes everything in Ghana is okay and there’s no need for fixing.