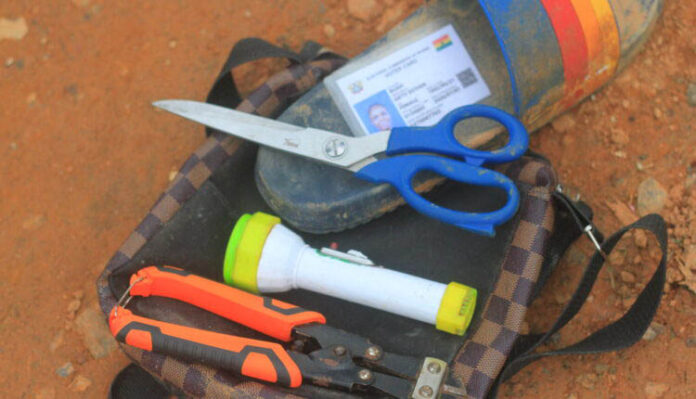 Thieves make off with two cell phones and other valuables after invading the Ahantaman Girls Senior High School hostels in Ketan, a suburb of Sekondi-Takoradi on Monday, August 30.

According to Mr Douglas Costa who is a Unit Committee Member in the area, the operation took place at about 12:00 am in the morning.

He made it known a student spotted one of the thieves in her room which she started to question him but could not give any reasonable answers to her question.

He said, ” She asked him what he was looking for and claimed he is a taxi driver who has been contacted by Stella’s boyfriend to come pick her up, she then indicated there is nobody by the name Stella residing at the hostel.”

“During the interrogation, he saw the thief holding a mobile phone belonging to one of her roommates which made her suspicious and started to call for help,” he added.

Mr Douglas revealed residents then became alarmed and started pursuing the thieves. They came in a taxi but the pressure did not allow them to have access to their car so they bolted.

Also, it was revealed by a taxi driver who was at the scene that the taxi vehicle which the thieves came in is noted for robbery operations and has since been towed away by the MTTD.

They also left behind some tools used in their operation including a voters ID card belonging to a female and a drivers license.