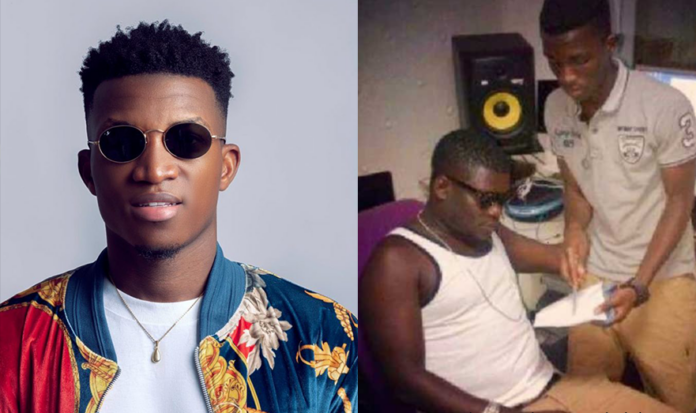 Kofi Kinaata has shot down the popular notion that he lived in Castro’s shadows when the latter was active in the music scene before his sudden disappearance.

The four-time VGMA ‘Songwriter of the Year’ who sees Castro as his mentor said things are rather difficult since the ‘Toffee’ singer disappeared.

Read Also: “Castro will be back after 30 years” – Jesus Ahuofe (Video)

While in an interview with Roselyn Felli on TV Africa, Kofi Kinaata was asked about how he felt when he heard people say he is thriving now because Castro is not around, he said that was not the case because he was a kid then.

He quickly added that when Castro was around, he would not sit to watch him [Kofi Kinaata] do the wrong things since he [Castro] has been there before.

“Since he is not around, I do things Castro would have thought me the simpler way.”