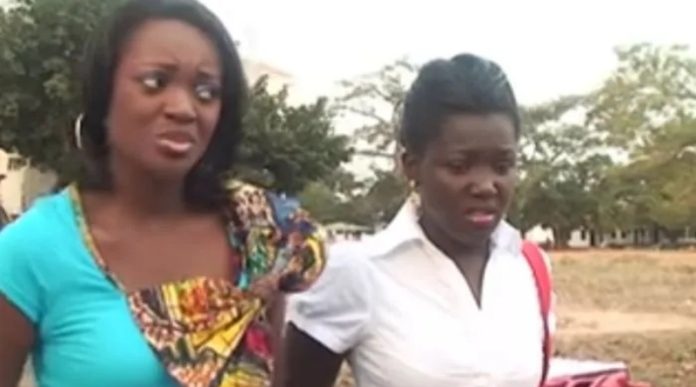 Today’s internet has seen a significant retro! We are fortunate that Tima Kumkum, a media personality, and actress Jackie Appiah returned in 2009.

The two individuals can be seen in a picture that has surfaced on social media.

Tima and Jackie Appia were photographed together while they were filming. When they hustle, they appear to be really poor.

2009 saw the filming of the “Supremo” according to Tima.

After 14 years, their lives have undergone a complete transformation; Jackie Appiah is now one of Ghana’s few successful actresses. She is quite wealthy!

And Tima is a successful media personality who is doing well for herself.

Captioning the photo, Tima wrote; ‘Tbt with the legend @jackieappiah in a movie , this woman is a rare gem and I admire her always, hmmm we’ve really come from afar 😂😂😂 this was Supremo movie shot in 2009 or so eeiii so 14 years ago , Awurade ay3 bi ampa.‘

This kind of shot brings back all the nostalgic memory.

Check out the photo below;