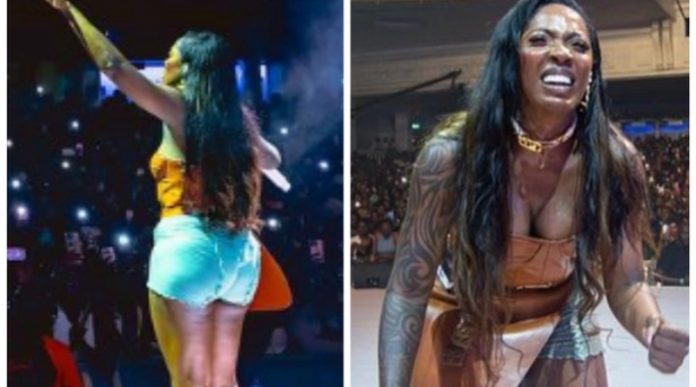 Popular Nigerian female singer, Tiwa Savage, has used her latest Instagram post to show off pictures from her fantastic performance at Wembley Arena in London.

Tiwa Savage said in her caption that she came, she saw and she conquered, which shows how excited she is for the large turnout of the crowd at the live show. Her fans could not hold their nerves as they expressed their opinions quickly on her latest post. 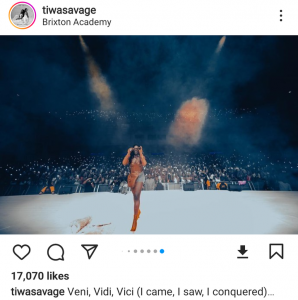 She expressed her excitement through her caption by saying, “I came, I saw, I conquered.” This caption and her pictures caught people’s attention as they reacted to them in different ways. 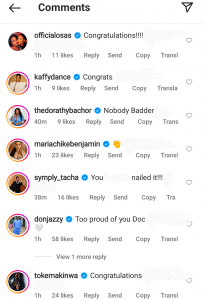 Some of the people who came across the post were quick to react as they hailed her for a fantastic performance, while others also praised her for her outfit while performing on stage.