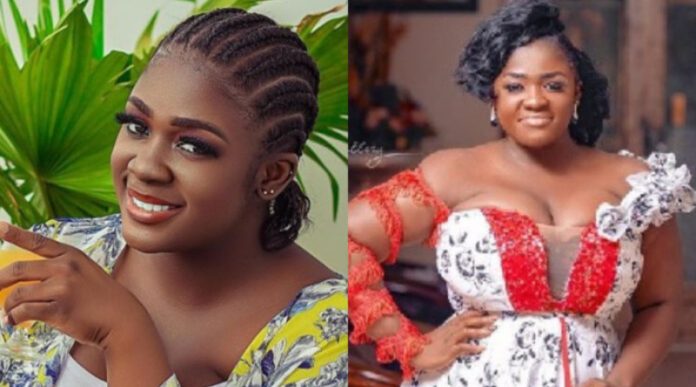 Tracey Boakye has admonished young ladies to stay away from married men as their actions have the tendency to break the home of an innocent wife.

“Even when the married men approach you, you should ignore the proposals having in mind the wives who have worked to support their husbands,” she charged.

Her comment made in an interview with Abeiku Santana has been greeted with mixed reactions, especially from persons who have pointed hands at her for allegedly dating and having a child with a married man.

Reacting to the actress’s statement on Bloggers’ Forum on GhanaWeb TV, writer and event organizer, McDonald Nana Yaw Asare, better known as Romeo, told host Abrantepa that Tracey should have been the last person to give moral advice.

“Concerning Tracey Boakye’s comment where she advised young girls to stay off married men, such an irony. It is funny and also I am surprised that this advice came from that quarters.

“I’d say that Tracey is my good friend but that advice as someone will say, who are you to give me a moral lesson from a brothel. The youth are following in the footsteps of the elderly. They are now aware that dating a young graduate won’t be financially beneficial and so they are now in search of someone who can rent an apartment for them.”

Romeo also recalled Tracey, the self-acclaimed millionaire’s confession to having a married man sponsor her lavish lifestyle during her feud with singer MzBel in 2020.

“They can’t survive on their National Service allowance reason why they go in for the sugar daddies to take the rest of the bills…there are generational rich people who have achieved so much that we can track their sourcing but these young girls can’t explain their wealth. I don’t know if it is the ‘papa no’ discussions that bring the money or the blackmails.”