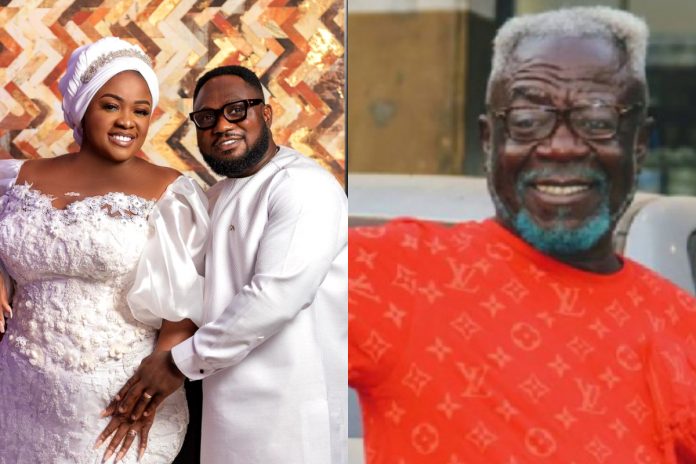 Oboy Siki, a veteran Kumawood actor, has made a ridiculous revelation about Tracey Boakye and her husband Frank Badu Ntiamoah’s marriage.

According to the veteran actor, Tracey Boakye and Frank Badu’s marriage is a contract marriage to cover her shame.

According to Oboy Siki, after Tracey Boakye abandoned the film industry, she lost her grace and brand, causing many people to mistrust her because of the people she befriended.

Oboy Siki also claimed that the opposition NDC lost the 2020 election due to the “papa no” incident, which harmed former President John Mahama’s image.

Oboy Siki also predicted that Tracey Boakye’s marriage would fail because she is a social media addict, and no responsible man would tolerate such an attitude. The actor concluded his remarks by saying that the man Tracey Boakye settled for was below her standards in order to silence critics and avoid disgrace.