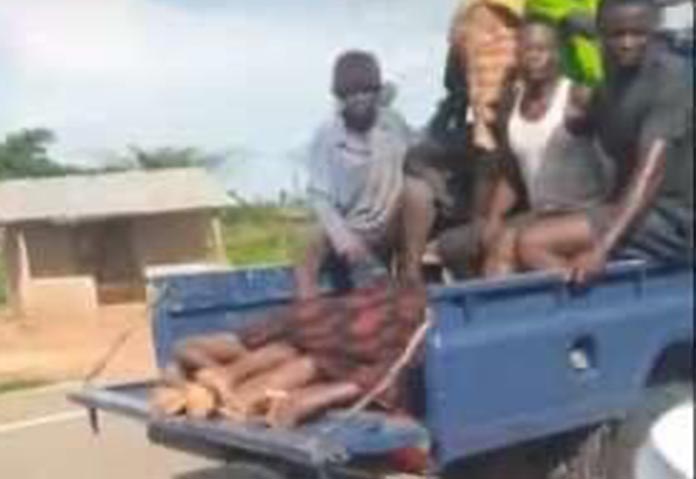 The entire community of Krachie has been thrown into a state of mourning and lamentation as a reckless driver crushed six teenage students instantly to death. The driver, who is believed to have been intoxicated by an alcoholic beverage, ran over the juveniles with no compunction.

And as a result of this deadly occurrence, the area folks have taken it upon themselves to construct some kinds of speed hamps in the vicinity to help prevent such ugly happenings. The bodies of the departed souls have been deposited at the Krachie government hospital while those who sustained varying degrees of injuries, are currently receiving medical attention at the government treatment centre of Krachie District Hospital.

The member of parliament for the area, Hon. Hellen Adwoa Ntoso, has registered her disgust at the tragic event which led to the loss of six vulnerable children. He expressed her indifferent about the lackadaisical nature of roads are highways ministry regarding a purported letter she claimed to have written to the ministry concerning the dangers associated with plying roads in her community but the ministry intentionally treated her with an utter contempt because, she is an opposition member of parliament.

Now that lives of the people she is representing are being lost, must the ministry continue reneging on its mandate to make sure the lives of Ghanaians are protected? Nobody knows what those who have lost their dear lives would become in the near future therefore, everyone must be treated and respected equally no matter which geographical location such an individual hails from.

It is high time we joined our hands and demanded probity and accountability because, it is our collective sweat that is being used to pay those irresponsible people at the leadership levels of our envious country, Ghana.