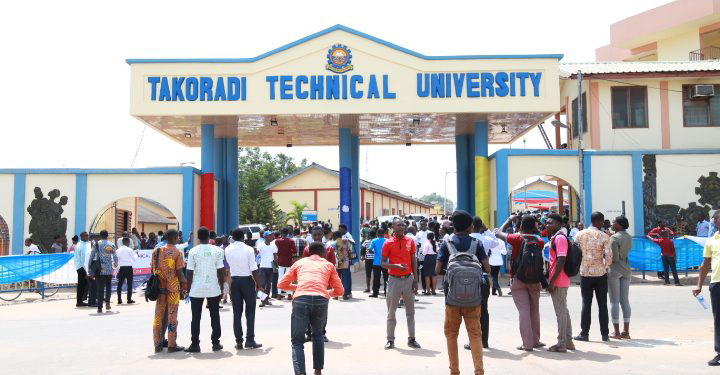 The Takoradi Technical University (TTU), has dismissed one student and suspended 61 others for various academic offenses.

The dismissed and suspended students numbered 62 were punished for examination malpractices, misconduct and unacceptable behaviours.

Mr Richardson Panyin, the Public Relations Officer of the school who made this known to the GNA, said four were for unacceptable conduct, 57 for exams malpractices and one dismissed for misconduct.

He said churning out responsible students for industry and Ghana meant that students were properly trained, shaped and guided to lead sound moral lives.

The PRO added, “our quest to become the University of Choice hinges on both academic and moral discipline”.
The students have been formally notified, he indicated.