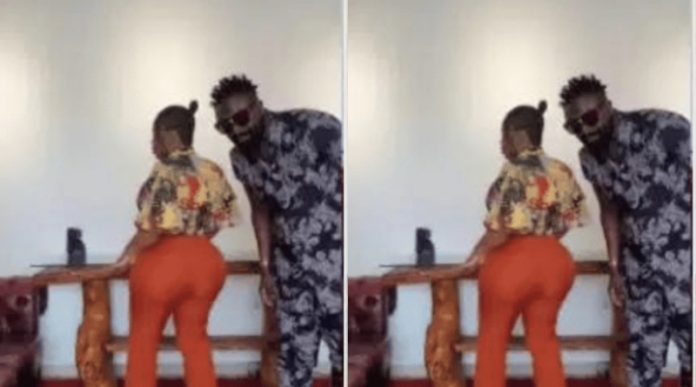 Moesha Boduong, a former actress and self-described born-again Christian, has infuriated many Christians online when her twerking video went popular on social media.

Recall that Moesha Boduong began preaching against immorality after she just marginally recovered from her terrible purported spiritual illness.

She advised slain queens to give their hearts to Christ because the Kingdom of God is near on multiple occasions.

Due to the appearance that she has reverted to her previous life, the generously endowed socialite has disappointed her Christian supporters.

Moesha was seen in a recent online video from her camp sporting a fitted orange pair of leggings and a designer shirt.

While male socialite Elikplem The Tailor admired her curvy shape from behind, she vigorously shook her gorgeous butt.