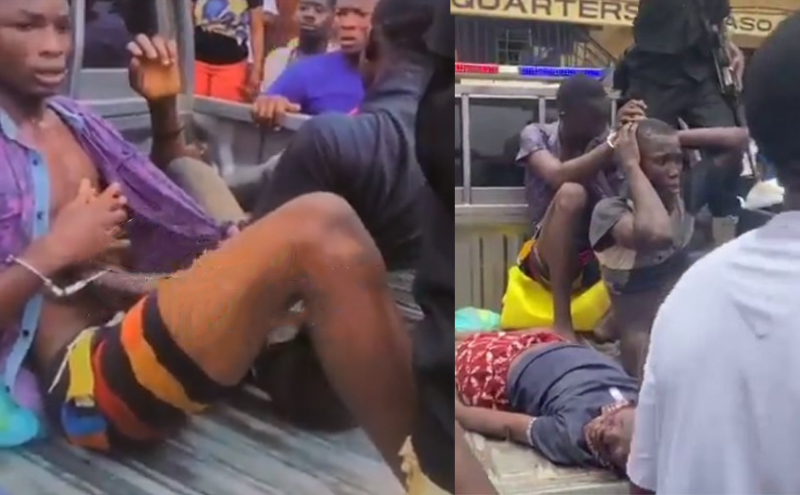 Two suspects, both 16, have allegedly murdered a 10-year-old boy in an attempt to use him for money rituals at Lamptey Mills, Kasoa.

There has been a tragic loss of life at Kasoa where a 10 year old boy has been murdered at Lamptey Mills, Kasoa for an alleged ritual procedure.
The news reported by popular Twitter influencer Komla suggested that the deceased was killed purposely for a money ritual procedure.

According to the report, the two young boys are friends with the little boy, hence had an easy getting access to him. The 10 year old boy was studying in his room when the suspects called him out to come and play. After killing him, they cut his ear and wrapped his body in a cloth. Father of one of the boys saw them and invited the police immediately.

The two have since been picked up by the Kasoa Divisional Police. A teeming mob attempted lynching the boys even in the custody of the police as the news attracted crowds from far and near.