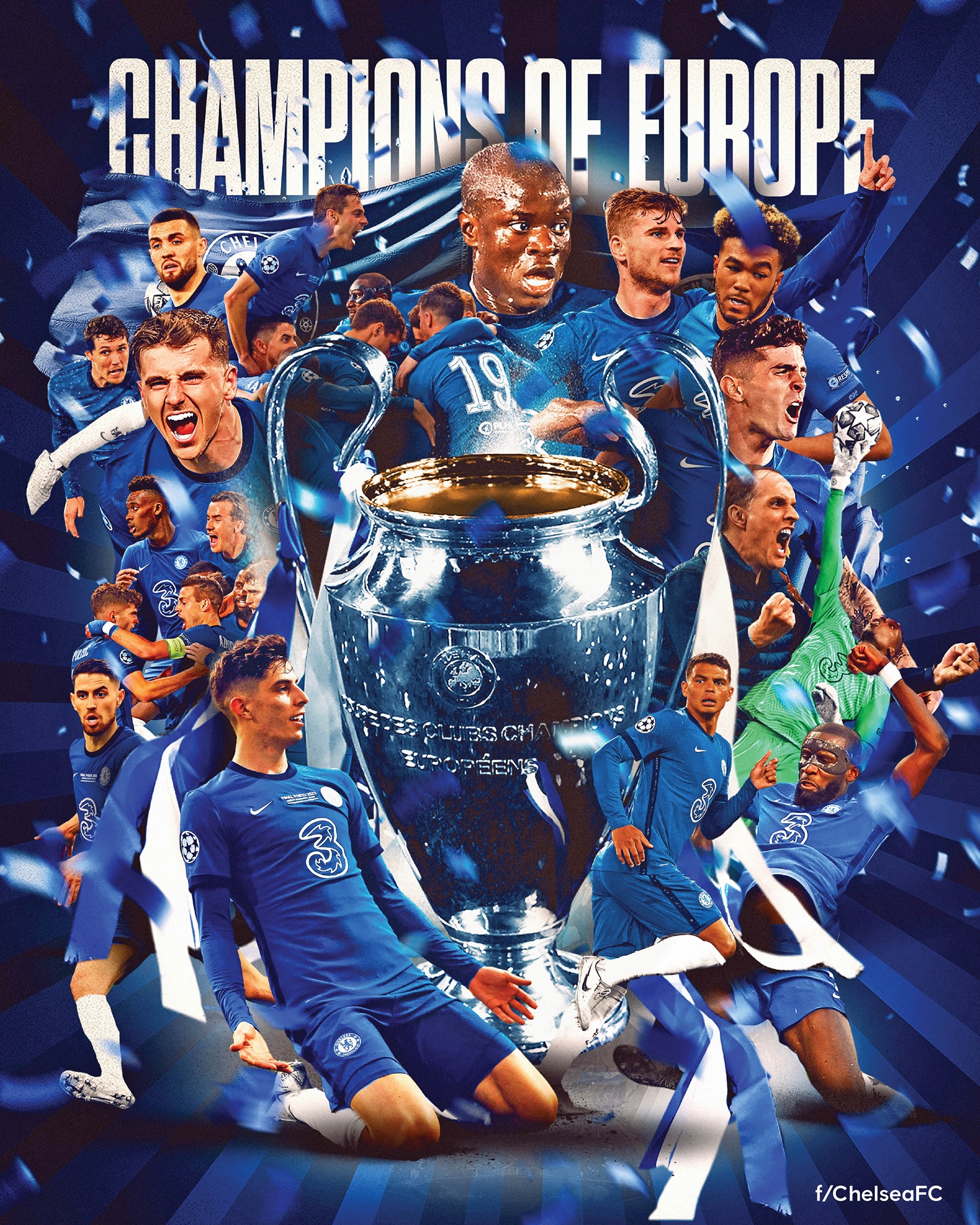 Chelsea won the Champions League for the second time with a fully deserved victory over Manchester City in the all-Premier League confrontation in Port by 1:0.

Thomas Tuchel got the better of his Manchester City counterpart Pep Guardiola for the third time since succeeding sacked Frank Lampard in January to bring European club football’s biggest prize back to Stamford Bridge for the first time since 2012.

Kai Havertz, blossoming after a slow start to his Chelsea career, got the winner three minutes before half-time when he collected a defence-splitting pass from Mason Mount to round City goalkeeper Ederson and score.

It leaves City still searching for the Champions League, the trophy that has always eluded them, and Guardiola cannot escape scrutiny for his part in this defeat after taking a tactical gamble which backfired.

Guardiola surprisingly decided against utilising either Rodri or Fernandinho as a defensive midfielder, leaving City with a muddled game plan that reduced their effectiveness and rarely presented Chelsea with any problems.

Chelsea had the better opportunities throughout, Timo Werner wasting two good chances before Havertz struck and substitute Christian Pulisic squandering another in the second half.

City, who lost Kevin De Bruyne to injury midway through the second half, threw on Sergio Aguero for his final appearance but there was no fairytale ending for the club’s greatest goalscorer as Chelsea closed out the win.

And for Tuchel it was elation after the disappointment of losing last year’s final as manager of Paris St-Germain.

As for Tuchel, tonight’s final caps a whirlwind start to life at Chelsea since succeeding Frank Lampard in January. The German guided the Blues to a top-four finish ad got the better of Guardiola twice, but an FA Cup Final defeat to Leicester City puts extra pressure on him not to come out empty-handed again.