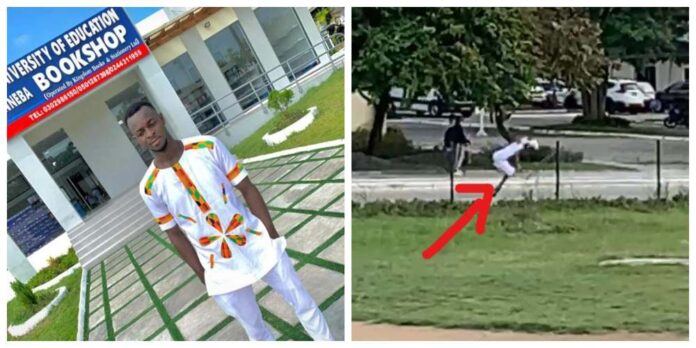 A final year student of the University of Education Winneba (UEW) has met his untimely death on the very day he completed his tertiary education.

The student whose name was only given as Majeed was in the Department of Health, Physical Education, Recreation and Sports and also an expert gymnast landed awkwardly on his neck in an attempt to do some backflips according to a video available to KwadwoSheldon.com.

Majeed was rushed to the Korle Bu Teaching Hospital where he gave up the ghost.

A level 400 UEW student fell heavily on his neck whiles celebrating his completion. He’s been referred to korle bu for his spinal cord to be operated on. Ei🥺 pic.twitter.com/MVsn8PhV3h

May his soul rest in peace.