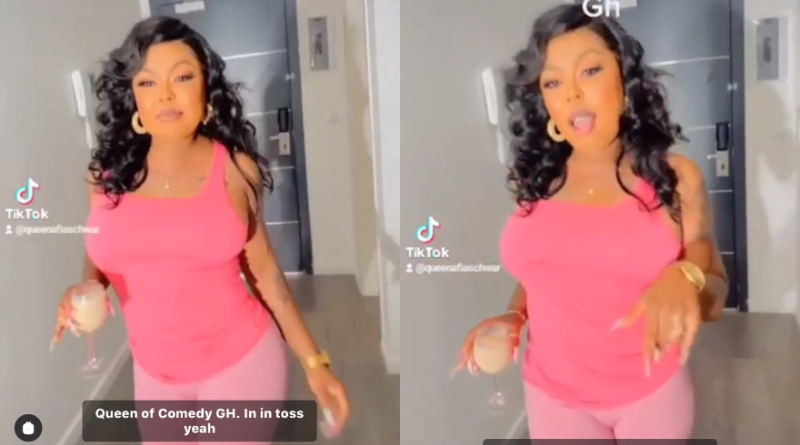 In a recent video Afia Schwarzenegger posted on her social media page, she has been spotted happily dancing to Sista Afia’s ‘Asuoden’ song. 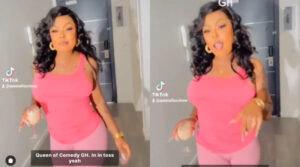 She was heavily dressed in her favorite pink colors and indeed looking very beautiful. But posting that video especially after her grudges with some people who spoke ill about how she organized her father’s funeral has got many thinking that, this video is to throw shades at her haters.

The word ‘Asuoden’ means stubbornness in English. Probably she is tell her haters she is paying attention to them and doesn’t care about what they say about her or the things she did during her father’s funeral.