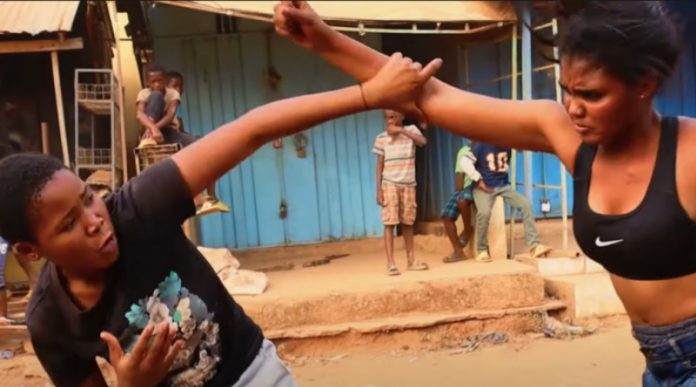 Kumawood has done it again, now it’s all about their latest trending action movie called E-levy Smack Down.

Despite the challenges of weak CD retail sales, Kumawood is still alive and well, according to the makers of the new action-packed film named ‘E-levy Smack Down,’ which has gone viral following the release of its trailer.

Producers are increasingly turning to YouTube to market their films, and the majority of them are doing it profitably.

E-levy Smack Down will be premiered live on 6th April on the producer’s YouTube channel, GH Wrestling.

“It is a clash between two beautiful ladies on the recently-implemented Electronic Transactions Levy (E-levy).” the trailer says.