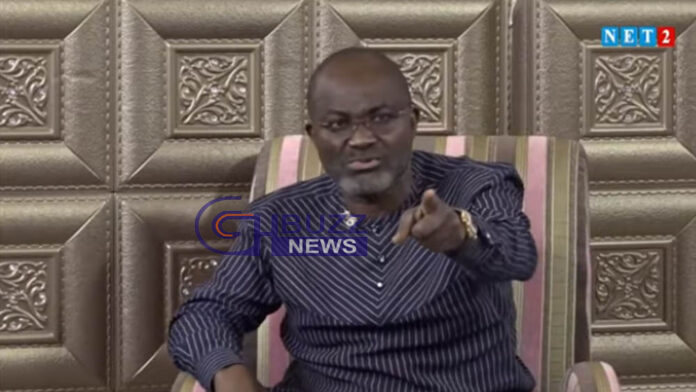 A video which has the Member of Parliament (MP) for Assin Central, Hon. Kennedy Agyapong vehemently blasting media house, Joy FM and one of its Journalists, Erastus Asare Donkor has popped up on social media.

Mr. Kennedy Agyapong was heard in his submission on the way the media house publishes false reportage saying, Joy FM would be responsible should a war break out in Ghana.

He alleged that the company has sworn to deliberately run down the ruling government because they are not getting some benefits. The legislator then singled out Erastus Asare Donkor whom he says is responsible for the death of the other two Ejura natives who were shot dead in the protest.

According to Mr. Agyapong, Macho Kaaka, a political activist was murdered by his brother yet the journalist reported as though he was killed because of his involvement in the #FixTheCountry campaign.

He added that “that boy should be punished. He should be given severe beatings for what he has done.”

The Multimedia Group has since filed a police complaint against the Member of Parliament citing a similar situation that got investigative journalist, Ahmed Suale killed a few years ago.